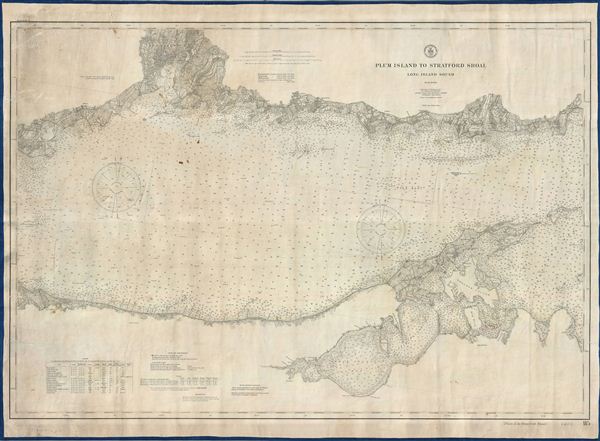 One of the few maps to show Nikla Tesla's Tower.

As a fascinating side not, this chart identifies Tesla's Tower (Wardenclyffe Tower) in Shoreham, Long Island. This tower, designed by the controversial genius physicist Nikola Tesla, was built in 1901 and intended to facilitate trans-Atlantic wireless transmission of power. The project was never completed and its failure - though in fact the experiment may have worked - precipitated Tesla's financial ruin.

The chart was first issued in 1848, the present example having been updated to 1905. As a whole this chart offers exceptional detail both inland at sea. Countless depth soundings in feet dot the Long Island Sound and adjacent harbors, inlets, and bays. Issued by the U.S. Coast and Geodetic Survey under the supervision of O. H. Tittman.