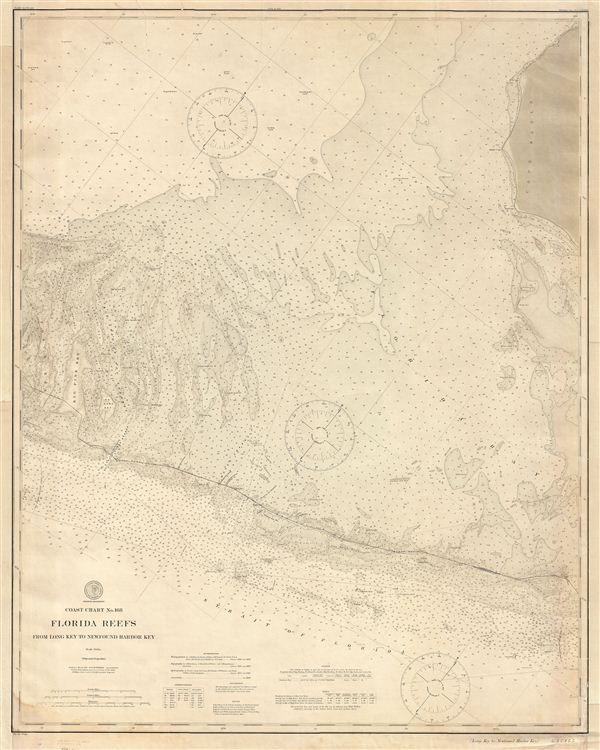 Scarce nautical chart of the middle part of the Florida Keys.

Good. Map has been professionally restored and backed with fine linen. Some margins extended.
Looking for a high-resolution scan of this?