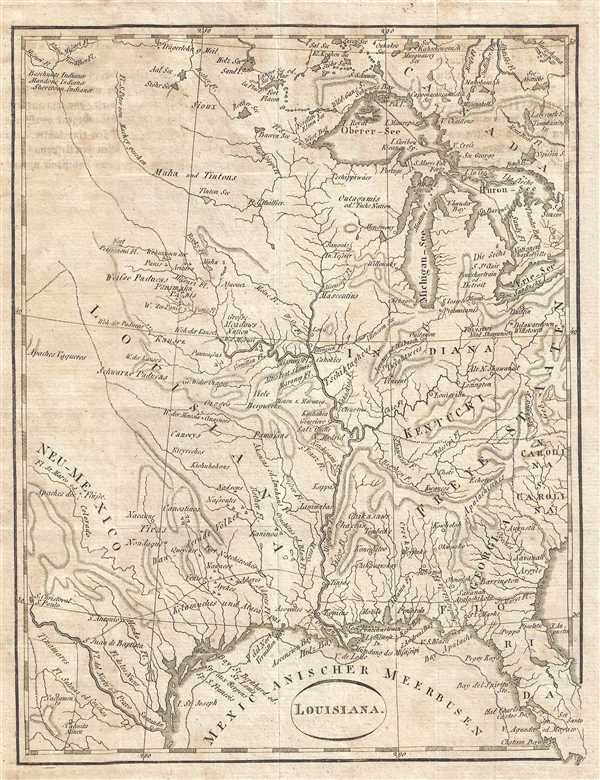 This is a c. 1820 Franz Pluth map of the central United States. The map depicts the region from approximately the Rocky Mountains to the Appalachian Mountains and the Carolinas and from southern Canada to the Rio Grande and the Gulf of Mexico. Several states are labeled, including Indiana, Kentucky, Georgia, and North and South Carolina. Four of the five Great Lakes are illustrated. Everything west of the Mississippi is simply labeled Louisiana, apart from New Mexico, in the southwestern corner of the map. The Mississippi River truly functions as a dividing line, as everything east of the Mississippi is illustrated in detail, with myriad rivers traversing the landscape and numerous towns and settlements labeled. Savannah, Augusta, Pensacola, Mobile, and New Orleans are labeled in the southeast, while Louisville, Lexington, and Chicago appear farther north. West of the Mississippi, tributaries of the Mississippi are illustrated and labeled, along with Native American villages, indicated by small triangles.

This map was produced by Franz Pluth and published c. 1820.