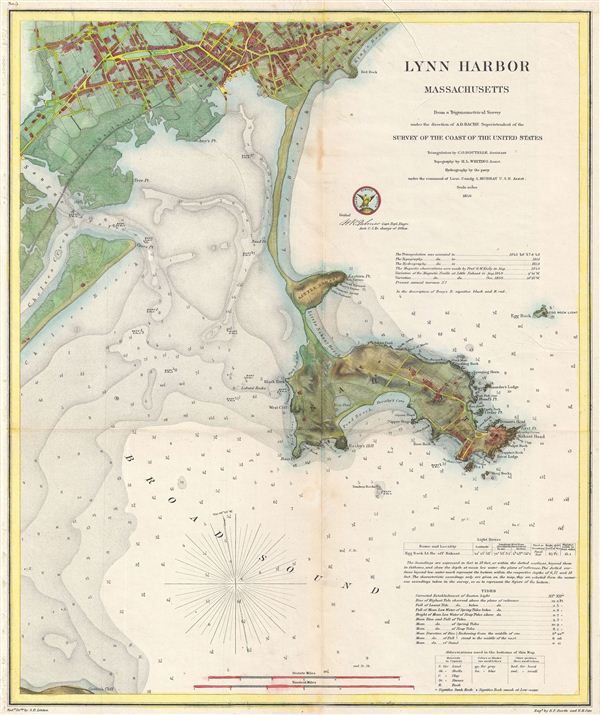 A rare 1859 U.S. Coast Survey chart of the Lynn Harbor, Massachusetts. Covers the North Shore region in the vicinity of Lynn from Chelsea Creek to Kings Beach, including Nahant. Map is hand colored and offers extraordinary detail both at sea and inland. Notes important buildings, roadways, and railroads as well as nautical references. Detailed depth soundings and sailing references, including lighthouses, throughout. A text area in the lower right quadrant offers sailing instructions, notes on tides, and a key to abbreviations used on the map. The triangulation for this chart was accomplished by C. O. Boutelle. The topography is the work of H. L Whiting. The hydrography was completed by a party under the command of A. Murray. Published under the supervision of A. D. Bache for the 1859 Report of the Superintendant of the U.S. Coast Survey.