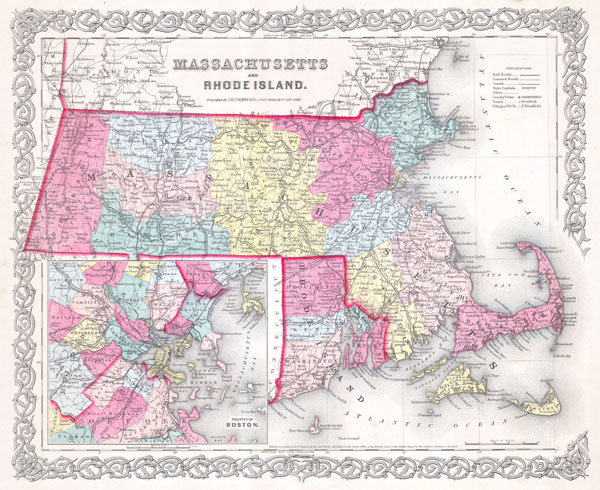 This is Colton's 1855 hand colored map of the states of Massachusetts and Rhode Island. Covers the region in considerable detail including Nantucket and Marthas Vineyard. Large inset of the Environs of Boston. Dated and copyrighted: 'Entered according to the Act of Congress in the Year of 1854 by J. H. Colton & Co. in the Clerk's Office of the District Court of the United States for the Southern District of New York.' Published from Colton's 172 William Str. Office in New York City. Exceedingly rare.