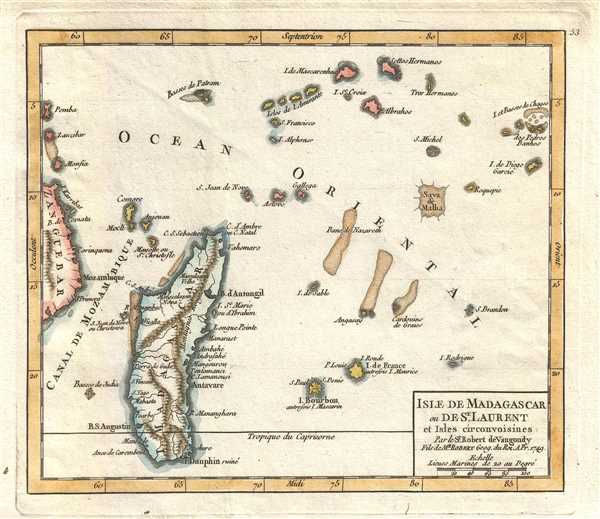 This is a hand colored 1749 Didier Robert de Vaugondy map of Madagascar. The map depicts from the islands of Zanzibar and Pemba and the African coast (Zanguebar), across Madagascar to Diego Garcia and from the Seychelles to Madagascar and the Tropic of Cancer. Several other islands are illustrated, including Réunion (Ile Bourbon) and Mauritius (Ile de France). Madagascar is presented in detail, labeling rivers, points along the coast, and Antananarivo (Antavare), the capital city.