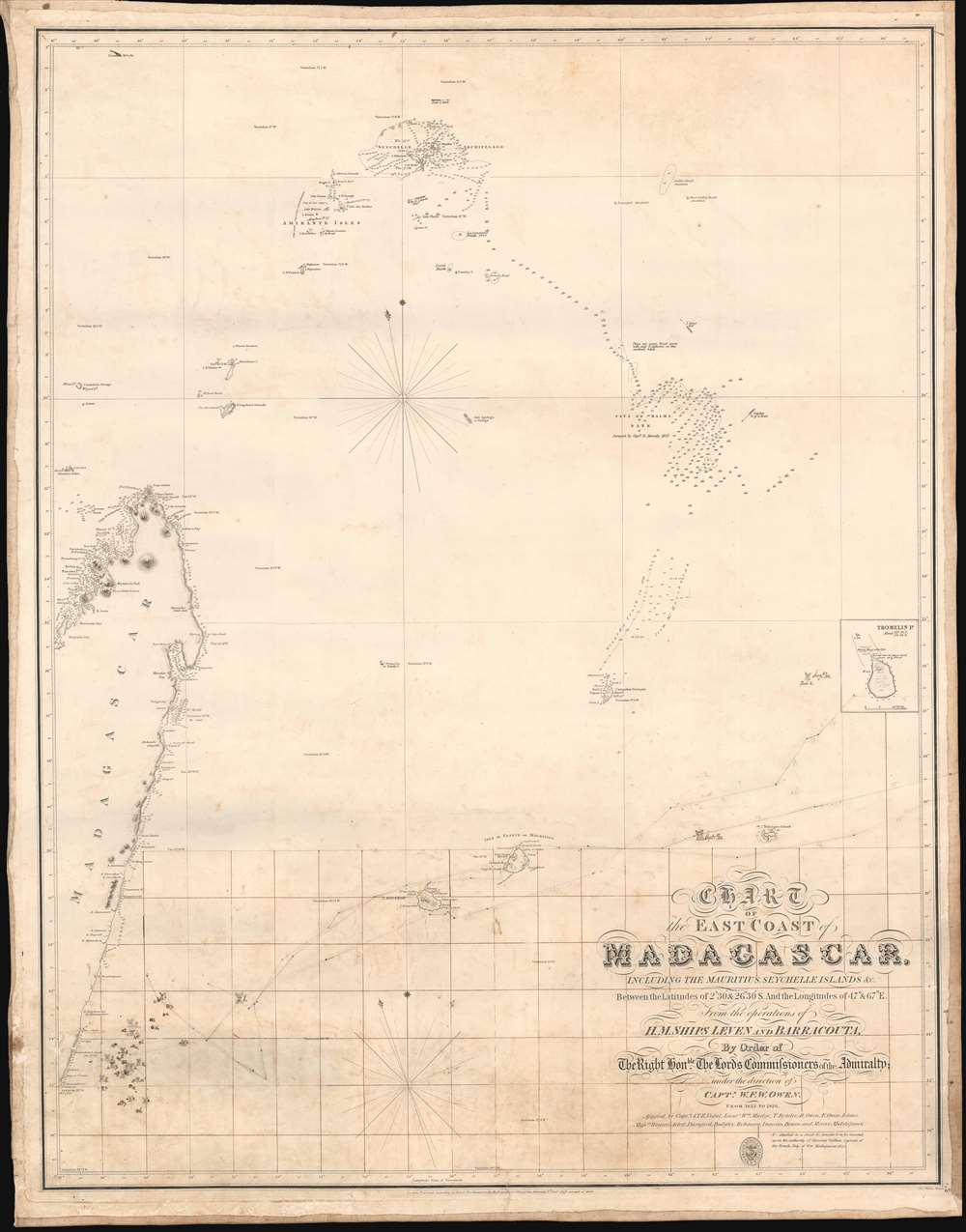 With outstanding whaling annotations in manuscript.
$1,650.00

An exceptional British Admiralty / William Fitzwilliam Owen 1846 nautical chart of northeast Madagascar, Mauritius, and the Seychelles Archipelago with unique manuscript annotations relating to a series of c. 1852 - 1856 whaling voyages in the south Indian Ocean. The annotations including charmingly illustrated whale tails recording whale sightings and takings, some of which are dated, others of which appear to relate to a numeric key, now lost.

This map was first published by the British Admiralty in 1828 following the completion and compilation of Owen's seminal 1821 - 1826 survey of Africa's east coast. The present example, an ancillary map not included in the formal Owen 6 map set, was revised and updated to 1846. The map was engraved by the firm of J and C. Walker.

Rare, and with the present manuscript whaling notations, unique. We are aware of one example of this edition, at Princeton. Another edition (1867) is held by the British Library. We are aware of no surviving examples of the 1828 first edition.