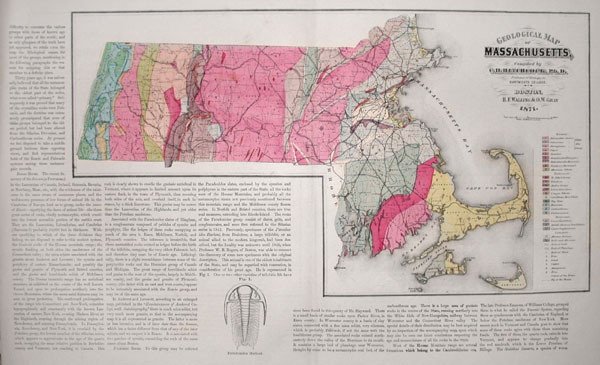 This hand-colored map is a steel-plate engraving, dating to 1871 by the American mapmakers Walling & Gray. It is a geological chart of Massachusetts. Vivid hand coloring, fine workmanship, and extreme detail are the hallmarks of Walling & Gray maps. Walling & Gray are well known for their late 19th century American city and county maps.