1854 Pharoah Map of the Malacca, Malaysia 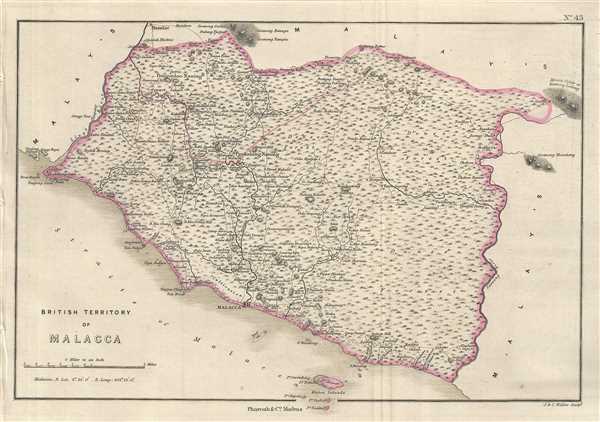 1854 Pharoah Map of the Malacca, Malaysia

Early map of Malacca under the British East India Company.

This is an uncommon 1854 map of the British Territory of Malacca, Malaysia issued by Pharoah and Company. Corresponding to the modern day state of Malacca, the map covers the territory in its entirety including Pulau Besar or the Water Islands. Notes important towns, rivers, mountains and beautifully renders the region.

The map was issued at a time when Malacca was a territory of the British East India Company. According to the Anglo-Saxon Treaty of 1824 Malacca was ceded to the British by the Dutch in exchange for Bengkulu in Sumatra.

This map was engraved by J. and C. Walker and issued as plate no. 43 by Pharoah and Company in their 1854 Atlas of Southern India.