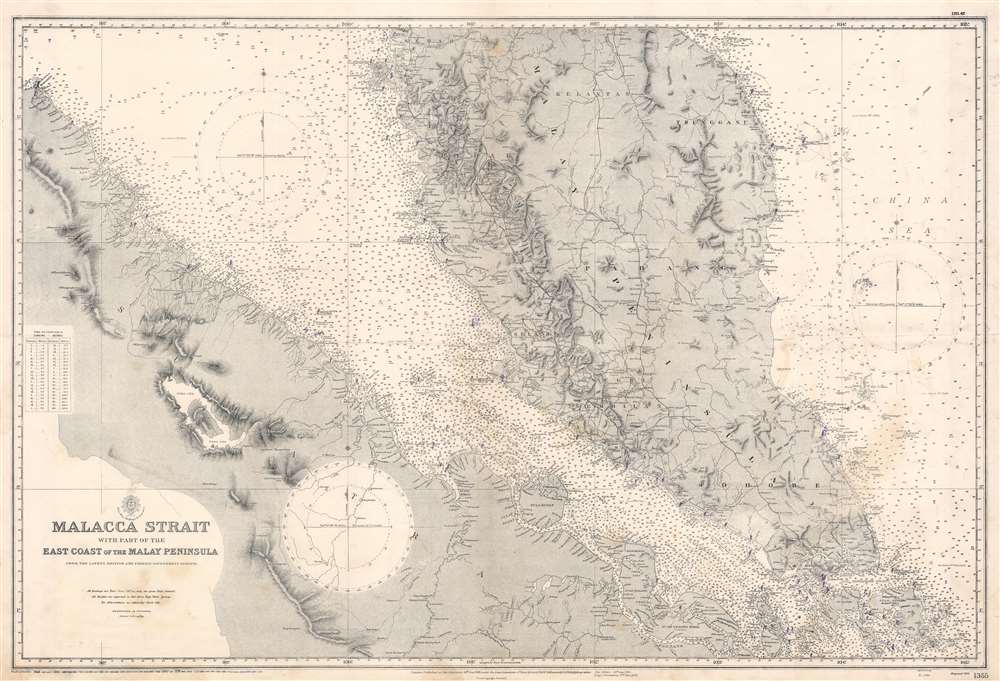 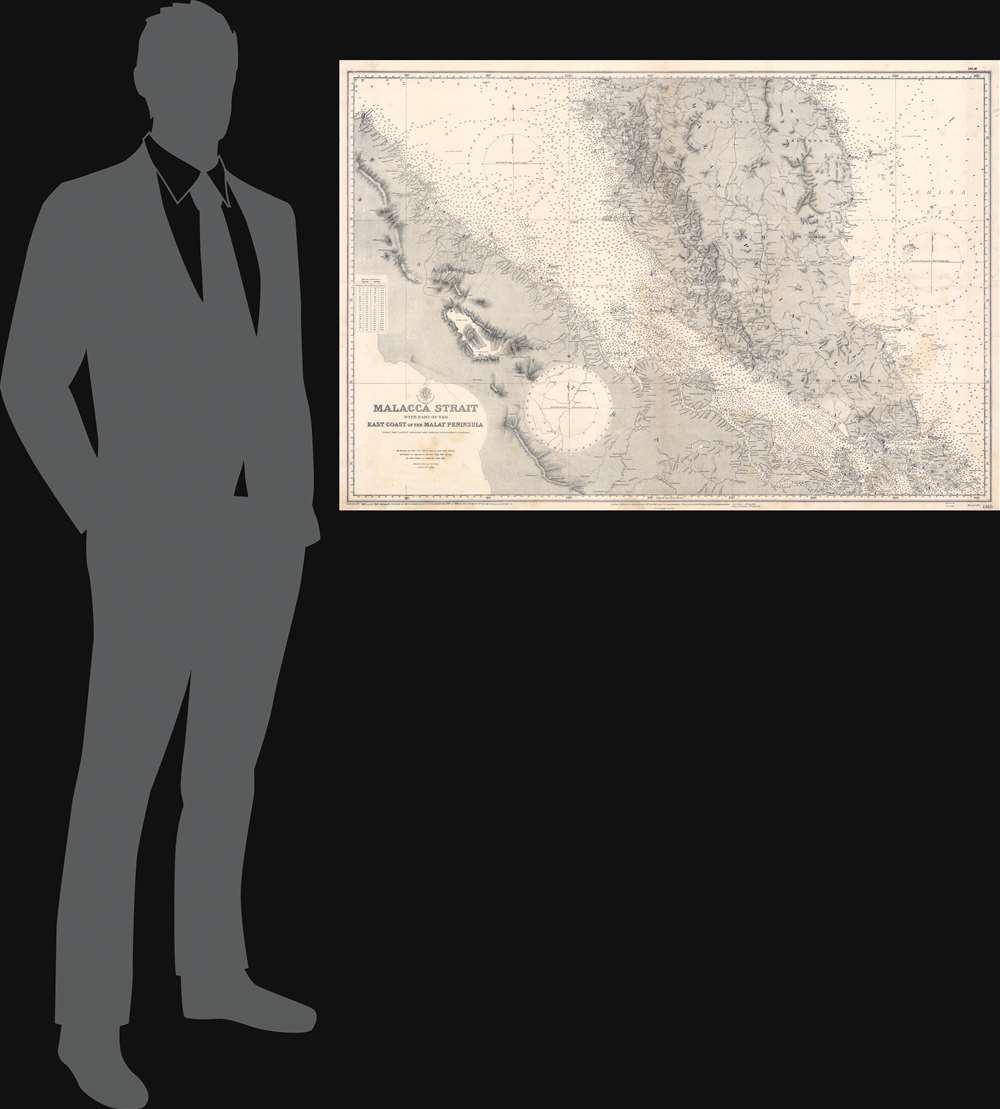 This is an attractive 1945 (1947) British Admiralty nautical chart or maritime map of the Malay Peninsula, Singapore, and the Strait of Malacca. Coverage extends roughly from Penang to Pulo Bintang, including the southern part of Malaya and the eastern coast of Sumatra. Offers countless depth soundings and excellent inland detail, particularly in Perak. Purple ink marks coastal lights and beacons.

This chart was first engraved by the British Admiralty Hydrographic Office in 1898. It went through numerous updates and revisions, the most recent major revision being 1945 - likely in anticipation of retaking Malaya and Singapore at the end of World War II. The present chart features minor corrections and updates to 1947.


Admiral Sr William James Lloyd Wharton (March 2, 1843 - September 29, 1905), a British admiral and Hydrographer of the Navy, was born in London and was educated at Barney's Academy, Gosport. Then, at the age of fourteen, Wharton entered the Royal Naval Academy in August 1857. Confirmed as a lieutenant in March 1865, Wharton undertook his first surveying work aboard the HMS Gannet, in the Bay of Fundy and other locations. After being promoted to commander in March 1872, Wharton was put in command of the Shearwater, a surveying vessel, which undertook surveys of the Mediterranean, the Bosphorus, and the Sea of Marmara. Wharton was promoted to captain in 1880 and soon published his book entitled Hydrographical Surveying. This work quickly gained a reputation as the standard work on the subject. He also was in charge of an expedition to survey the River Plate (Rio de la Plata) and the Straits of Magellan, after which he was named Hydrographer of the Navy on August 1, 1884, a position he held for the next twenty years. In July 1904 he retired as Hydrographer of the Navy. Other accomplishments during his career include taking part in the survey that established the longitude of the Seychelles and heading an expedition to survey part of the coast of East Africa. He was promoted to rear-admiral in 1895. A capable scientist, Wharton was made a Fellow of the Royal Society in 1886, and was also named a Fellow of the Royal Astronomical Society and a Fellow of the Royal Geographical Society. He was also a member of the Royal Meterological Society. While on a journey back from Victoria Falls in South Africa, Wharton contracted the disease that killed him. He died of enteric fever and pneumonia in Cape Town on September 29, 1905. Learn More...

Good. Even overall toning. Exhibits light soiling.
Looking for a high-resolution scan of this?