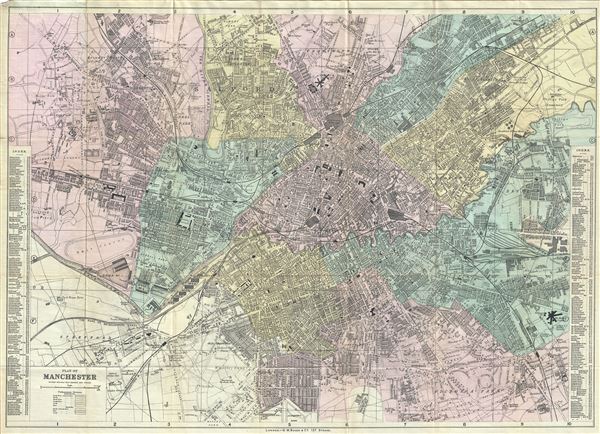 This is a beautiful c.1890 map or plan of Manchester, England by G. W. Bacon. It covers the city of Manchester and depicts individual streets, buildings, parks, canals, docks, railways, stations, and a host of additional topographic features. Notes the Throstle Nest Farm, where Manchester United would build their football ground Old Trafford, in 1909. The Manchester Ship Canal, the world's first planned industrial estate and the largest in England, is noted. A street index near the left and right margins is included. In 1830, Liverpool and Manchester became the first cities to have an intercity rail link, through the Liverpool and Manchester Railway. This map was issued in c.1890 by G. W. Bacon and Company, London.