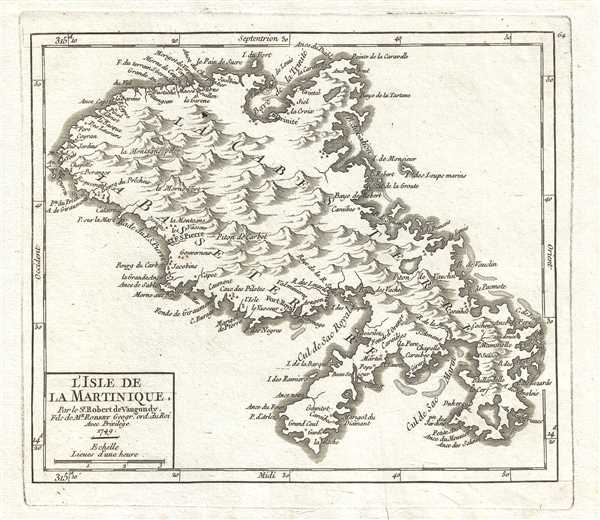 This is a 1749 Didier Robert de Vaugondy map of the island of Martinique. The map depicts the island from Trinity Bay ( Baye de la Trinité) to the Gul de Sac Marin and from La Basse Terre to La Cabes Terre. Today, Martinique is a département et region d'outre-mer or an overseas region and department of France. It is part of the European Union and uses the euro as its currency. Mountains are depicted in profile throughout the island and myriad towns, cities, and other sites are labeled all over the island. The