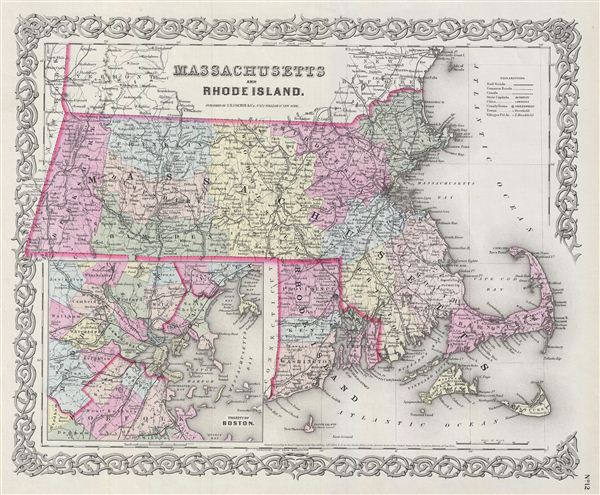 An excellent 1855 first edition example of Colton's map of Massachusetts and Rhode Island. Like most of Colton's state maps, this map was derived from an earlier wall map of North America produced by Colton and D. Griffing Johnson. The map covers all of Massachusetts and Rhode Island, inclusive of Nantucket and Martha's Vineyard (Dukes Island), as well as adjacent parts of New Hampshire and Vermont. In the lower left quadrant there is a large detailed map of the Vicinity of Boston and Boston Harbor.