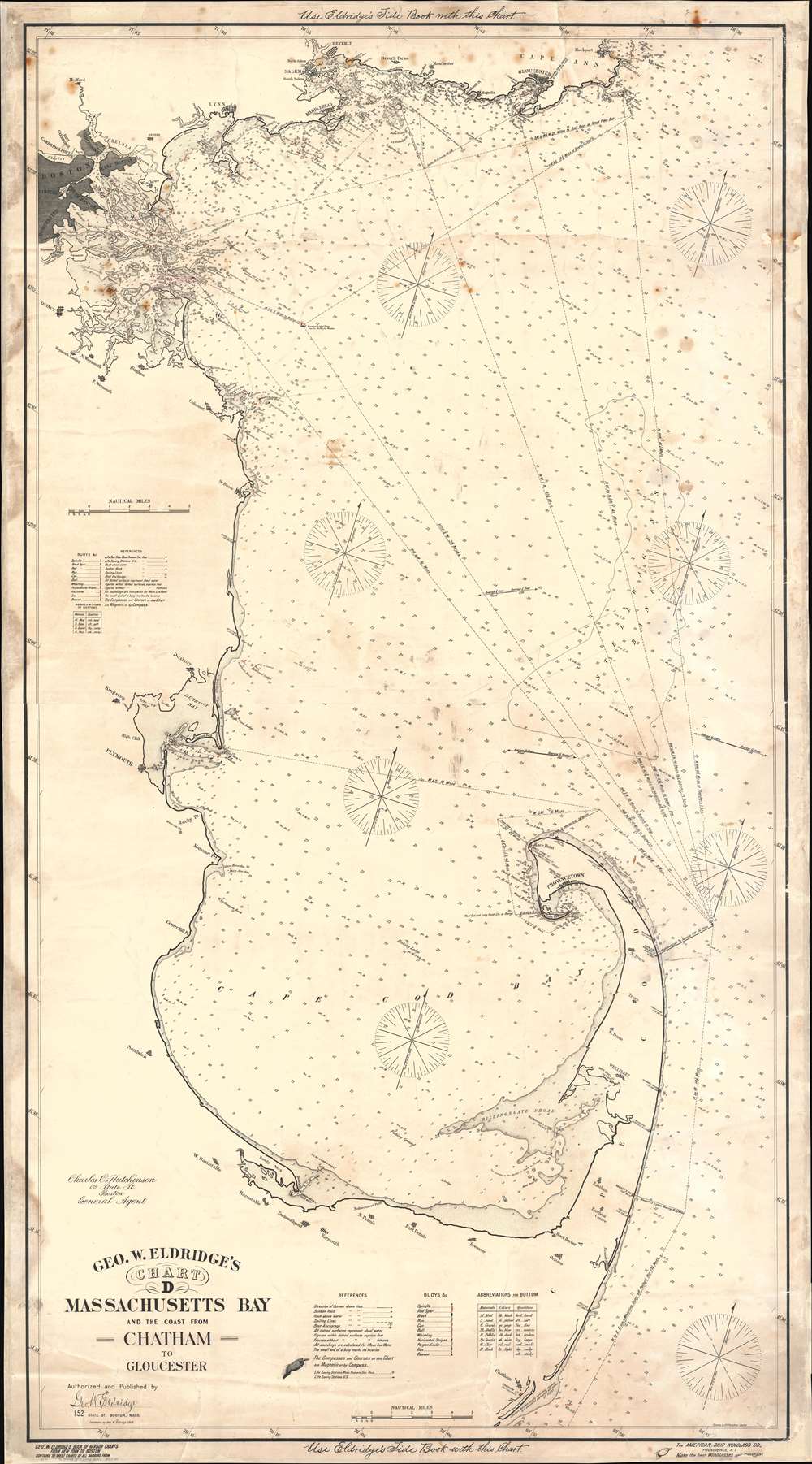 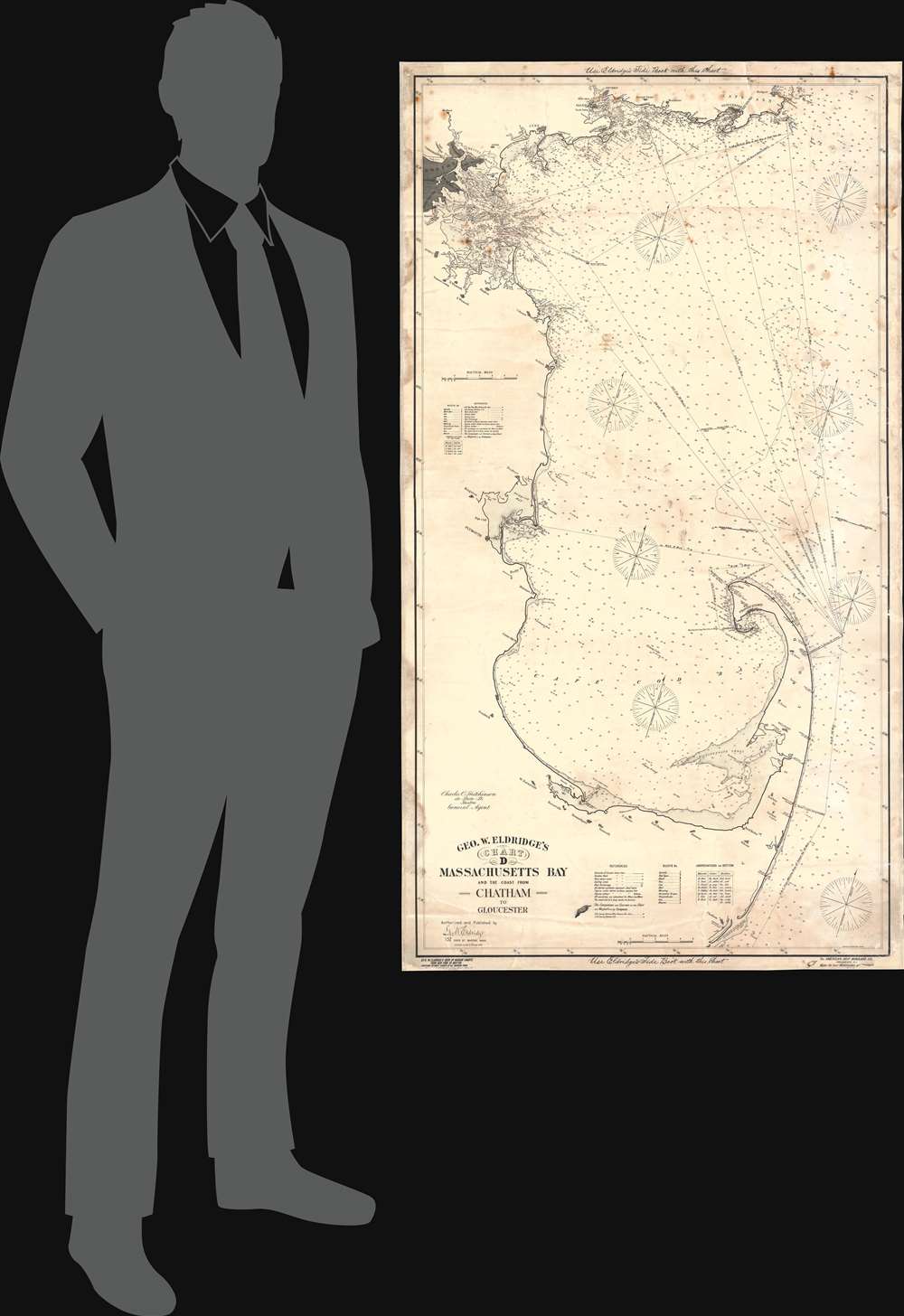 This is a 1904 George Eldridge blueback nautical chart or maritime map of Massachusetts Bay. Coverage extends from Cape Ann south to Chatham and from Boston east to the Atlantic Ocean. Boston, Charlestown, East Boston, South Boston, Dorchester, and Roxbury appear in the upper right and are shaded gray for emphasis. The many flats and islands in the President Roads are illustrated with excellent navigational detail. Coastal lights are marked in red manuscript ink. Countless depth soundings are noted throughout. Coastal cities and towns, including Salem, Marblehead, Gloucester, Plymouth, Barnstable, Yarmouth, and Provincetown, are labeled. Notes in the top and bottom margin state that one ought to 'use Eldridge's Tide Book with the Chart'.

This chart was drawn by A. N. Houghton and published by George W. Eldridge in 1904. Several editions were published. We have located examples in institutional collections dating as early as 1898 (which has a copyright date of 1895 suggesting even earlier editions) and as late as 1924 bearing the same title. We have been unable to locate any other examples of the 1904 edition.

Good. Full professional restoration. Mounted on linen. Exhibits areas of infill, toning, dampstaining, and soiling. Although a 'blueback' chart, the back is not in fact blue.
Looking for a high-resolution scan of this?