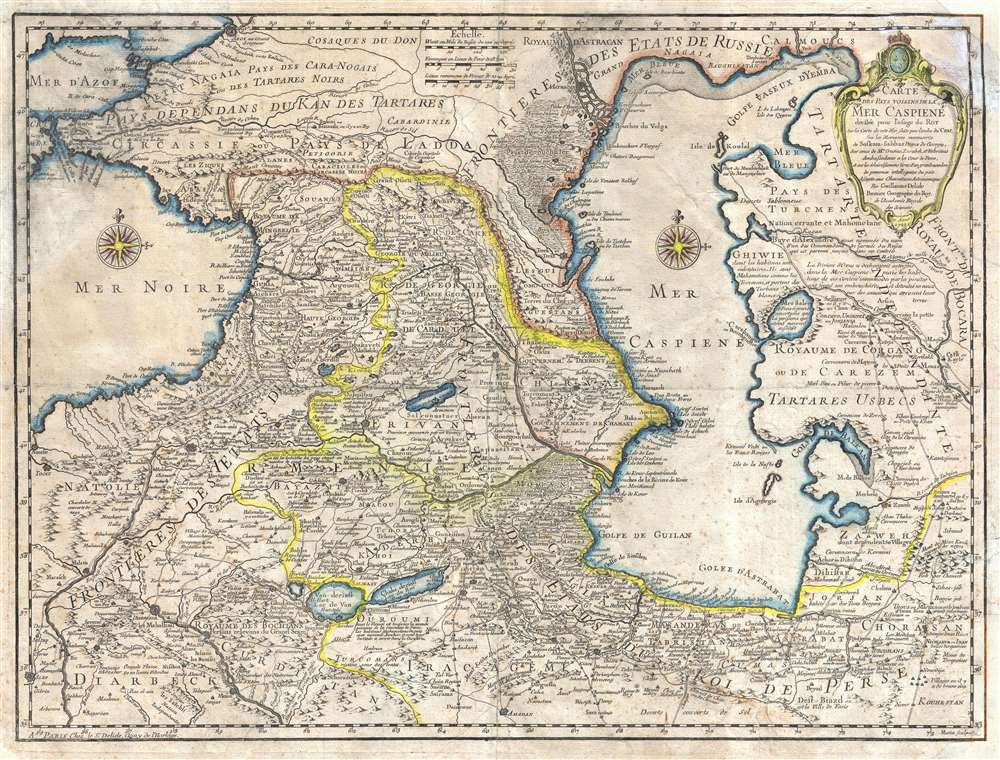 The first accurate western European maps of the Caucuses.

An example of Guillaume de L'Isle's 1723 map of the Caucuses. Covering from the Black Sea to Independent Tartary and from Russia to Persia, inclusive of the entire Caspian Sea, and the modern day nations of Georgia, Armenia, Azerbaijan, Kazakhstan, Turkmenistan, Iran, and Turkey. This is one of De L'Isle's most important and misunderstood maps. Knowledge of the Caucuses and Caspian Sea region was extremely limited in Western europe and so De L'Isles composed this map from assortment of sources, many of whom he lists in the title cartouche, including the Caspian Sea surveyor Vanverden, Persian diplomats, Georgian aristocratic and religious figures, and various Russian surveys. The result is this remarkably accurate map, a major step forward in the cartographic perspective of the region, and one of the finest maps De L'Isle ever produced. engraved by Marin for the 1731 issue of De L'Isle's seminal Atlas de Geographie.

Average. This map exhibits a number of issues including numerous verso repairs and reinforcement, light foxing, and overall age toning. The upper and lower right corners have been replaced in manuscript. Priced accordingly.