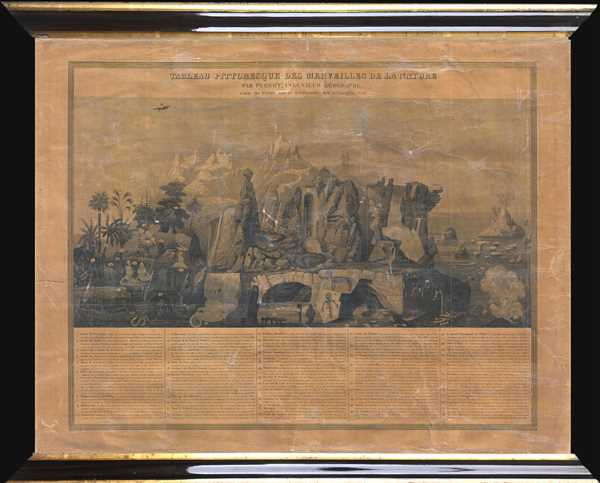 This is a separate issue c.1840 Aristide Michel Perrot comparative chart illustrating the wonders of the nature. The chart depicts 58 different numerically identified natural wonders occurring throughout the world. A table, situated in the bottom quarter of the chart, bears the name, location, and a short description of each of the wonders. Some of the wonders include several extinct creatures, including a fossilized mammoth skeleton and an ichthyosaur, several caves, Niagara Falls, and a handful of animals, such as a giraffe, boa, and condor.

Good. Mounted as a wall map. Varnished over. Varnish exhibits moderate degradation. Some whitening. Slightly shinier than map appears in image. Could be removed by professional restorer.