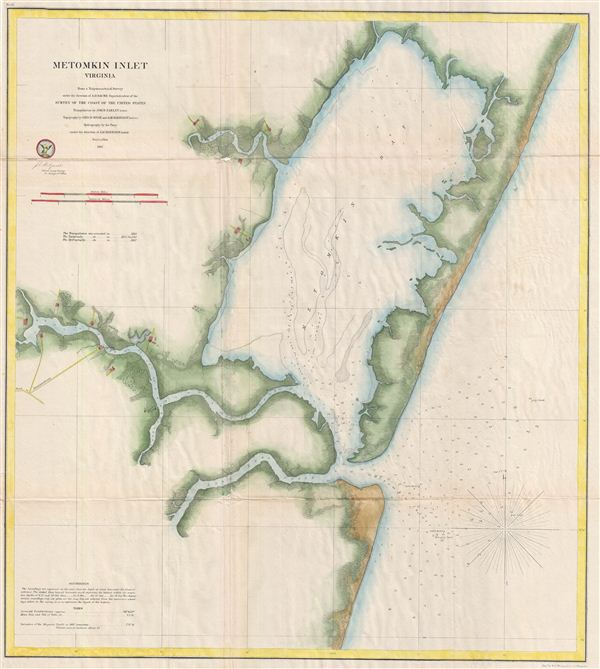 An appealing hand colored 1862 U.S. Coast Survey nautical chart or maritime map of Metompkin Inlet, Virginia. The map covers from Metompkin Inlet to Metompkin Bay, as well as the adjacent creeks and estuaries. Countless depth soundings throughout. Notes on soundings and tides in the lower left quadrant. The triangulation for this chart was completed by John Farley. The topography is the work of George D. Wise and A. M. Harrison. The hydrography was accomplished by party under the command of A. M. Harrison. The whole was compiled under the direction of A. D. Bache, Superintendent of the Survey of the Coast of the United States and one of the most influential American cartographers of the 19th century.

Good condition. Original foldines exhibits some wear and toning, especially at fold intersections.
Looking for a high-resolution scan of this?