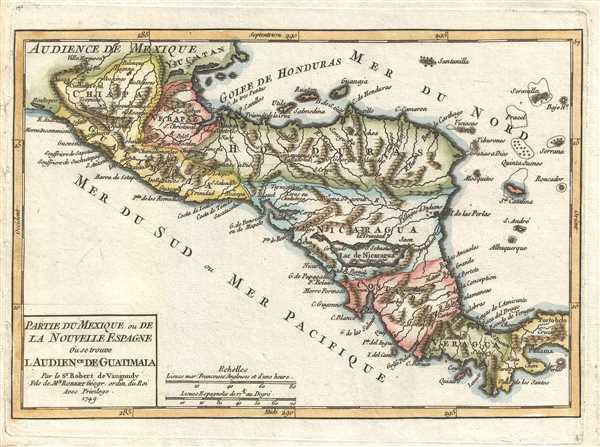 This is a hand colored 1749 Didier Robert de Vaugondy map of Central America. The map depicts from the Yucatan Peninsula to Panama and from the Pacific Ocean to the Caribbean Sea. The Audience of Mexico (Audience de Mexique), Guatimala, Verapaz, Honduras, Nicaragua, Costa Rica, Veragua, and Panama are separated into different regions. Lake Nicaragua is labeled. Several towns are identified, including Portobelo, Panama. Myriad rivers are labeled and mountain ranges are depicted in profile. A number of small islands and archipelagos are included in the Caribbean.