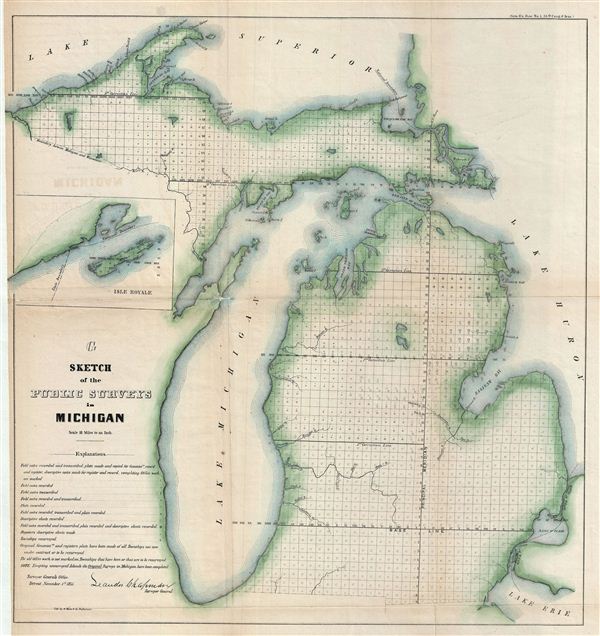 This is an attractive example of the 1855 public survey map of Michigan. It covers the entire state of Michigan from Lake Superior to Lake erie, including the entirety of Lake Michigan. An inset map near the left margin details Isle Royale. The state of the Land Survey in this region is illustrated via a series of square plats representing the survey grid. A key in the lower left quadrant offers an explanation of the markings in the survey plats. Numerous rivers and islands and other geographical features are noted. This map was prepared and signed by Leander Chapman, Surveyor- General of Michigan and Indiana, on November 1, 1855. It was engraved by A. Hoen and Company, government printers, in Baltimore, Maryland.