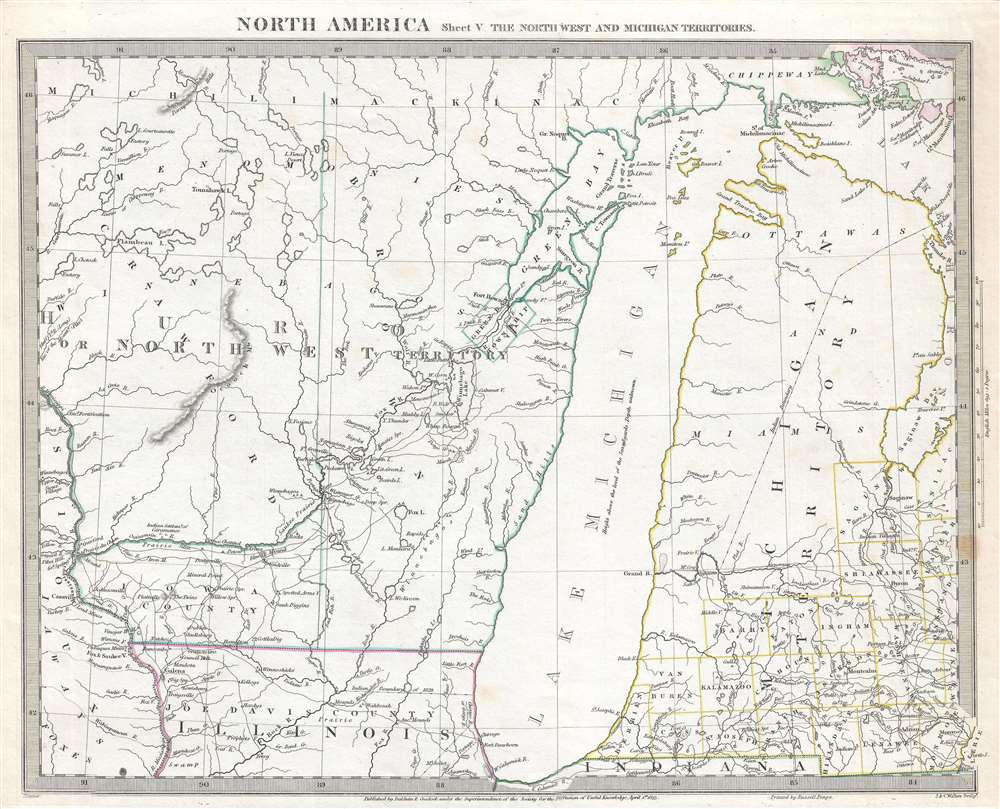 Early map showing a distorted Lake Michigan and the site of the Black Hawk War.

This is a scarce and important map issued by the Society for the Diffusion of Useful Knowledge, or S.D.U.K., in 1833, depicting Lake Michigan, the second largest of the five Great Lakes, and the only one that lies entirely within the United States. Centered on Lake Michigan, the map depicts the Huron or Northwest Territory (modern day Wisconsin) and the Michigan Territory (modern day Michigan) along with parts of northern Illinois. Territories and counties are identified using outline color. Lake Michigan is slightly malformed and distended on the vertical axis. Several Indian tribes are noted, including the Ottawa and the Chippeway. The Bad Axe River where the Bad Axe Massacre or the Battle of Bad Axe was fought at the end of the Black Hawk War in 1832, a year before this map was issued, is also labeled.

This map was engraved by J. and C. Walker for the Society for the Diffusion of Useful Knowledge and was published by Baldwin and Cradock in 1833.