1827 Vandermaelen Map of New Jersey, Delaware and the Mid-Atlantic States 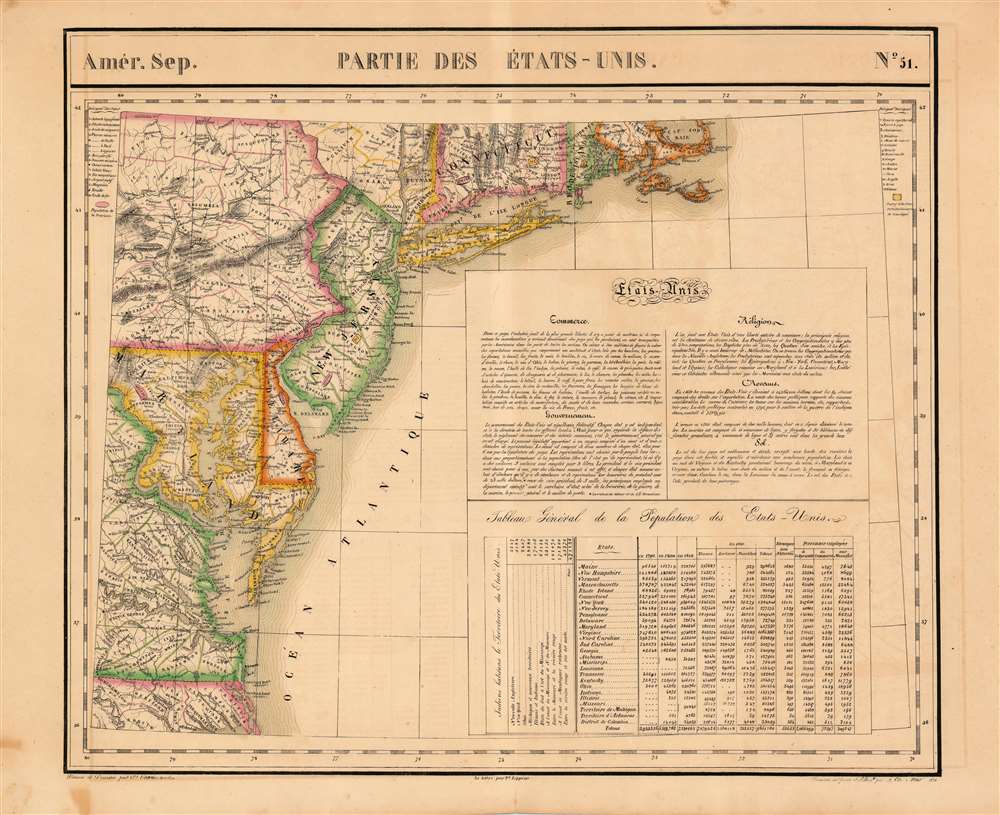 1827 Vandermaelen Map of New Jersey, Delaware and the Mid-Atlantic States

This is the 1827 Vandermaelen map of the Mid-Atlantic United States. Delaware and New Jersey are shown in completion; northeastern North Carolina, the eastern parts of Virginia, Maryland and Pennsylvania, southeastern New York, and the southern extents of Connecticut, Rhode Island and Massachusetts are shown as well. The map includes an extensive text gloss on the United States' trade offerings, religious groups, government, wealth and climate. A table tracks the young nation's population growth from 1790 to 1820, distinguishing between white, slave, and free black populations broken down state-by-state. Native American populations in each state are noted as well. Topography is shown with hachures. In addition to placenames, the map shows the location of Revolutionary War battles, urban populations, and various mineral resources (specific ones are noted using a key)

This map appeared in the fourth part, 'Quatrième partie, Amér. sept.' of Vandermaelen's Atlas universel de géographie physique, politique, statistique et minéralogique. The atlas was produced in one edition in 1827; only 810 complete sets were sold. The full set of six volumes appears in eleven institutional collections in OCLC; the 4th volume alone is listed in 9. This map is listed as a separate only in the Clements Library and in Fordham University.