1792 Wilkinson Map of Tuscany and the Papal States, Italy 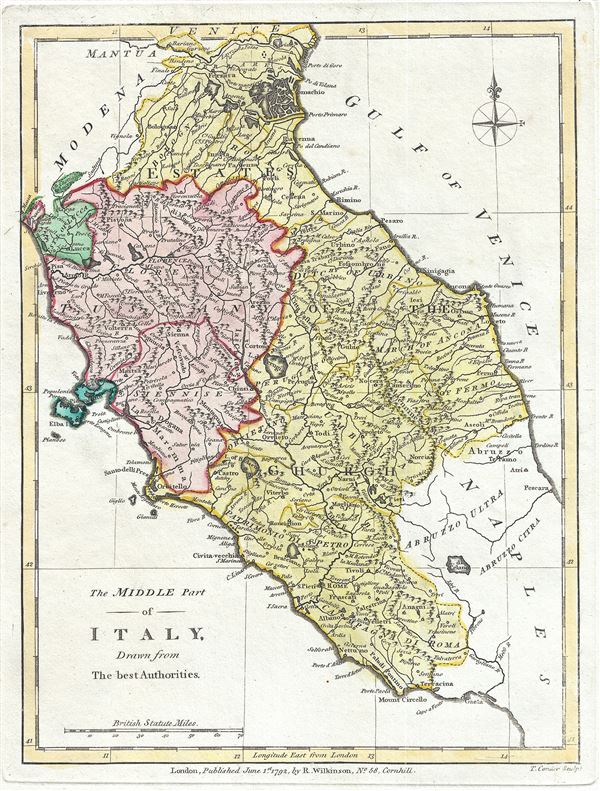 1792 Wilkinson Map of Tuscany and the Papal States, Italy

This is a beautifully detailed 1794 map of Tuscany and the Papal States by Robert Wilkinson. Wilkinson's map covers from the island of Elba to the Gulf of Venice and from Modena to Naples, inclusive of the Duchy of Tuscany and the States of the Church, or Papal States. Shortly after this map was issued Napoleon and the French Directorate would invade northern Italy, creating the Kingdom of Etruria in Tuscany and dividing the Papal States between the Cisalpine and Roman Republics. Though Napoleonic control of Italy lasted only until 1814, the brief period of unity inspired the Italian solidarity movement to follow. This map was engraved by Thomas Conder and issued as plate no. 32 in the 1792 edition of Robert Wilkinson's General Atlas.