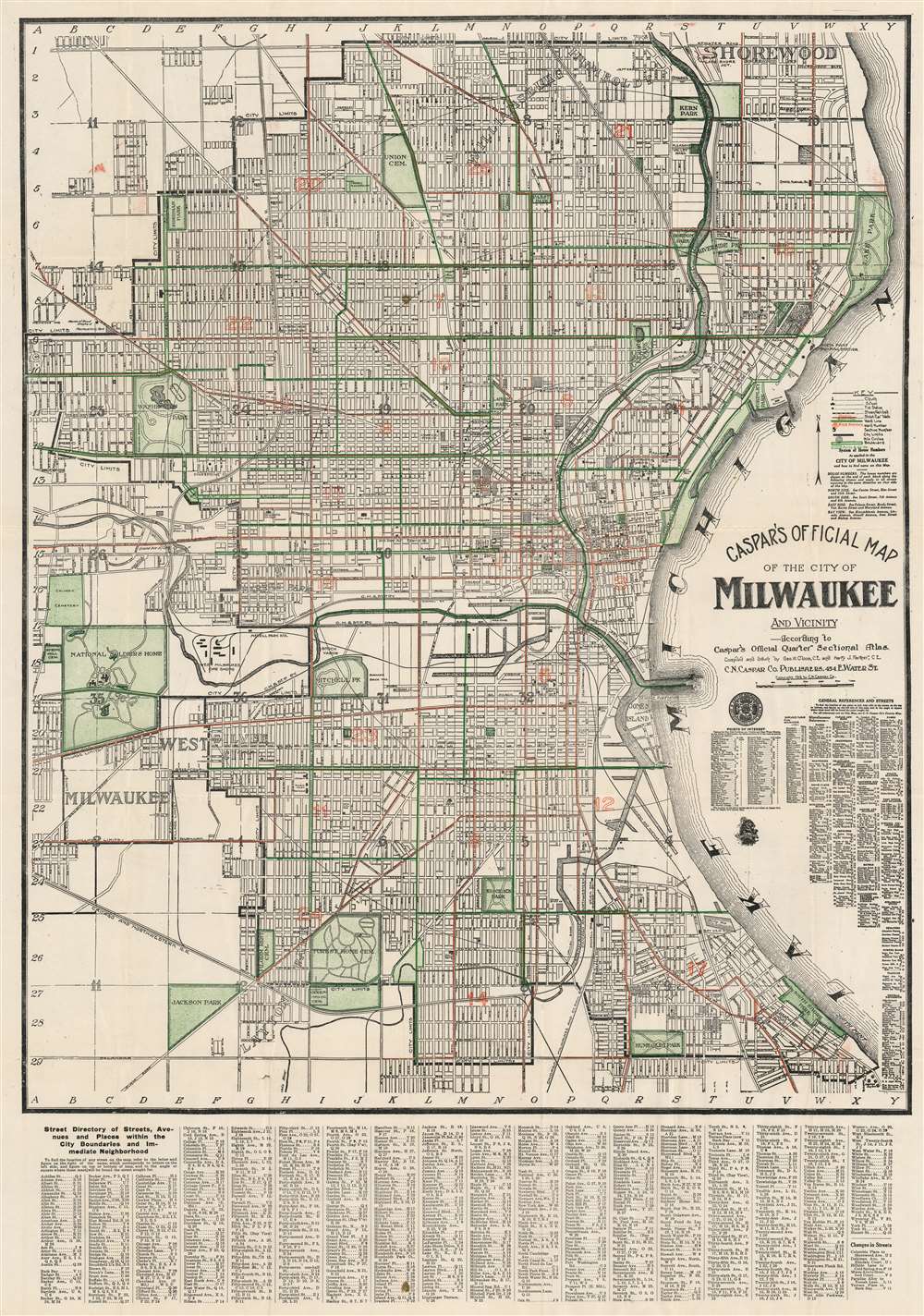 This map was first published in 1916, as here. The map was compiled and drawn by the civil engineers George W. Cloos and Harry J. Farmer. It was published by Charles N. Caspar. We have identified examples of the 1916 edition in only 3 institutions. Later titles of the same name were issued as late as 1930.

Charles Nicholas Caspar (October, 1854 - 1928), also known as Carl, was a German-American bookseller, antiquarian bookseller, and publisher based in Milwaukee, Wisconsin. Caspar was born in Germany and emigrated to the United States in 1868, becoming a citizen in 1878. Under the imprint of 'C. N. Caspar Company', he published maps, atlases, postcards, and touristic brochures. Most of his cartographic work is local in nature and focuses on Milwaukee and the immediate vicinity. The firm also did considerable business in German language material. The retail outlet was called C. N. Caspar Company Book Emporium and located at 454 East Water St., Milwaukee. Learn More...