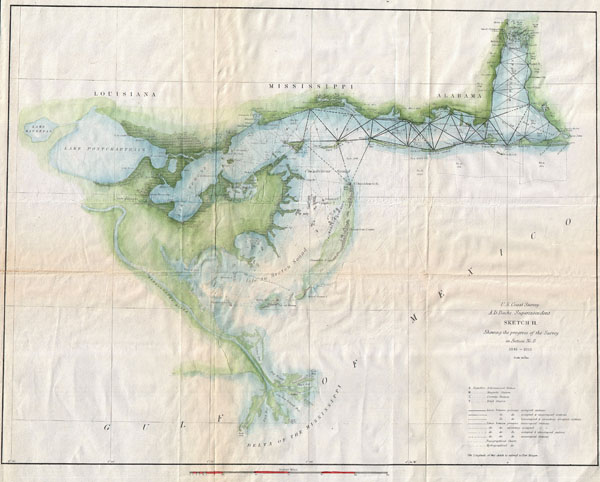 An attractive hand colored 1853 U.S. Coast Survey triangulation chart or map of the Mississippi Delta. Depicts the Mississippi Delta and the Gulf Coast from Lake Pontchartrain, Louisiana eastward past New Orleans, as far as Mobile Bay, Alabama. The hand color work on this beautiful map is exceptionally well done. This map was compiled under the direction of A. D. Bache, Superintendent of the Survey of the Coast of the United States and one of the most influential American cartographers of the 19th century.