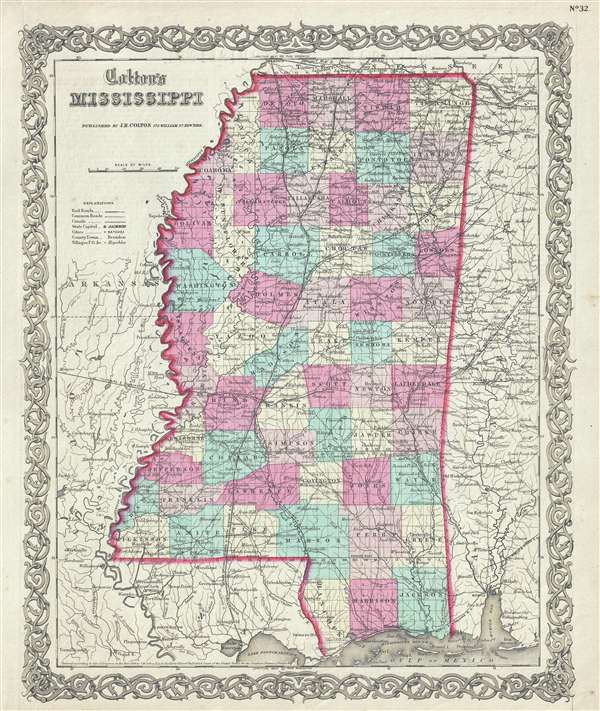 Mississippi on the cusp of the American Civil War.
$150.00

An excellent 1859 example of Colton's map of Mississippi. Like most of Colton's state maps, this map was derived from an earlier wall map of North America produced by Colton and D. Griffing Johnson. The movers the entire state of Mississippi as well as adjacent parts of Louisiana and Alabama. Cartographically the map is similar to Colton's map of 1855 with few changes beyond the copyright.

This map was issued at the height of the American westward expansion. Six years before this map was drawn the California gold discovery of 1849 enticed thousands to embark upon the rigorous transcontinental emigration. Meanwhile, with the rise in territorial population to the west of the Mississippi, the eastern states were becoming increasingly divided over the issues of slavery and state vs. federal sovereignty. Within five years these disputes would lead to the American Civil War. Mississippi, a Confederate State with slaves constituting over 50% of the population, suffered vastly from the fallout of the Civil War.