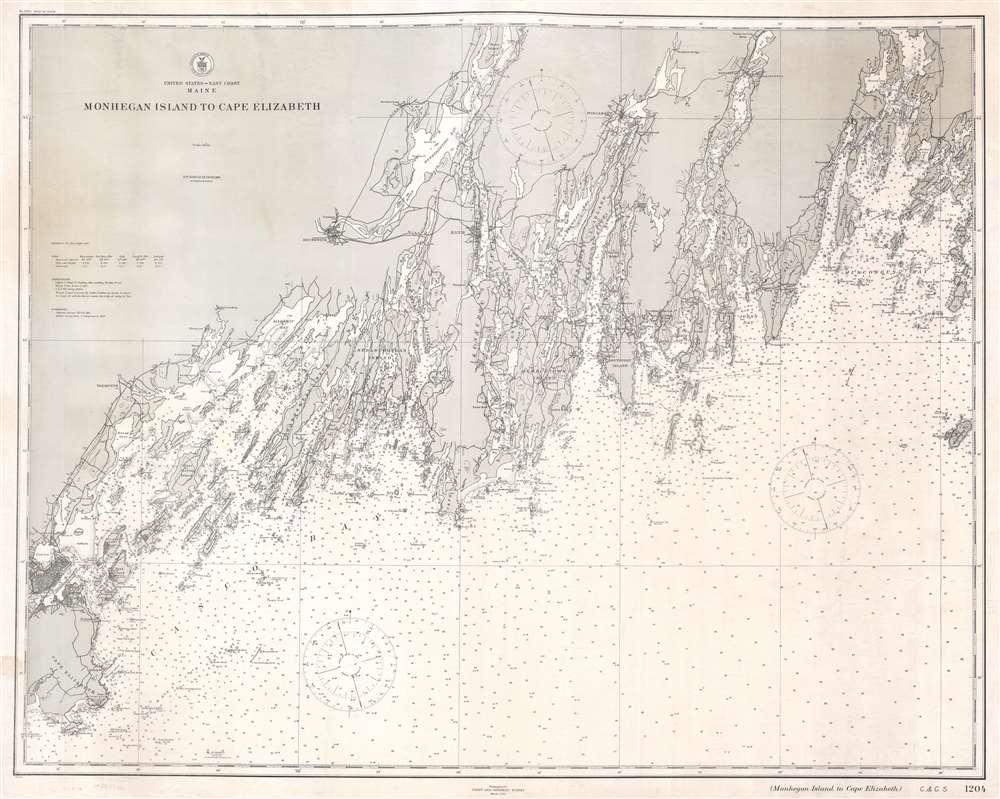 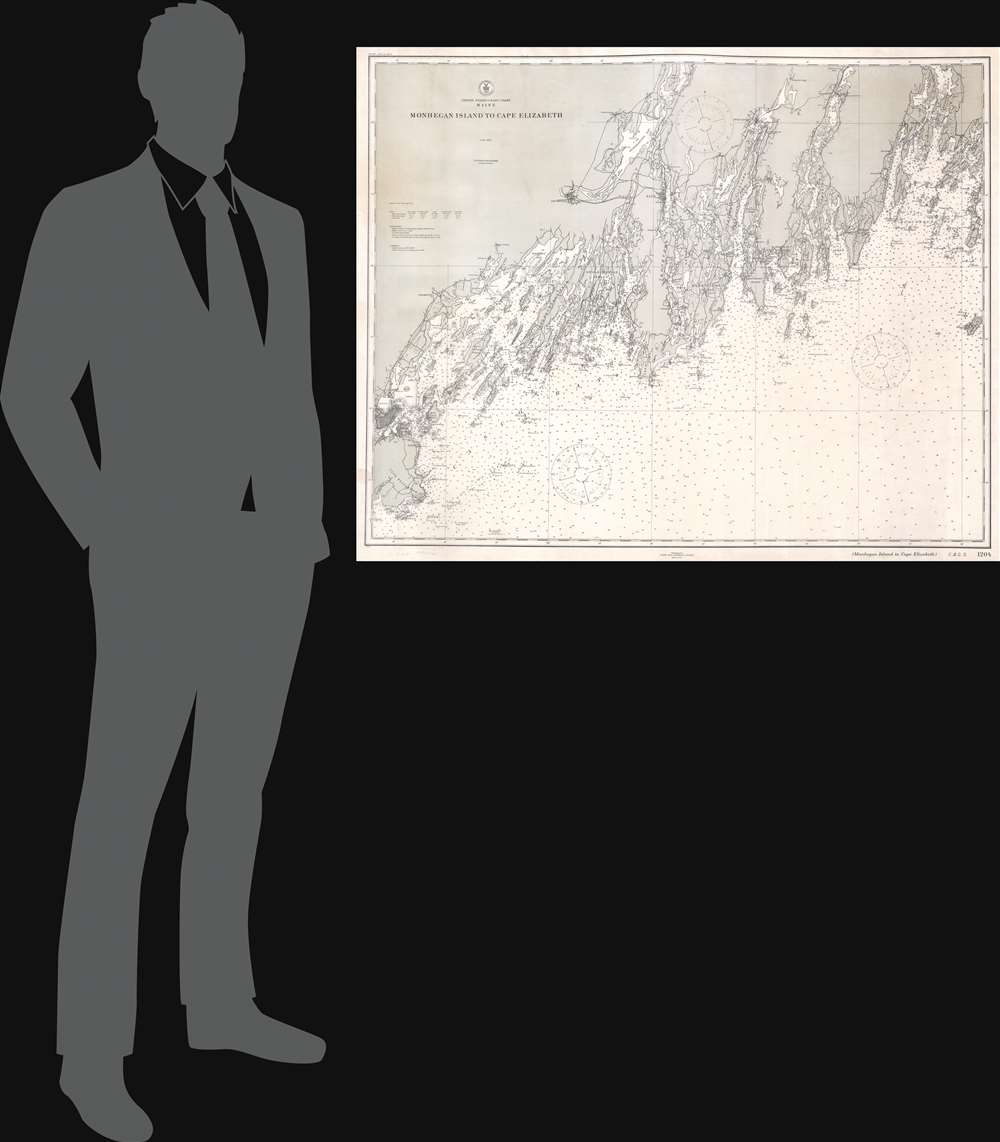 This is a 1913 U.S. Coast and Geodetic Survey nautical chart or maritime map of mid-coast coast of Maine, depicting from Portland and Cape Elizabeth northeast along the coastline to the Meduncook River and Monhegan Island. Islands, bays, necks, capes, and other coastal features are illustrated in detail. The Kennebec River, Sheepscot River, and Damariscotta River are identified. Yarmouth, Bath, Brunswick, Wiscasset, Newcastle, and Damariscotta are illustrated and labeled, along with the Maine Central Railroad. A wealth of additional practical information for the mariner is scattered throughout.

This chart was created and originally published by the U.S. Coast and Geodetic Surveys in 1912. A stamp in the lower left corner states that the present example has been updated to include information up to July 12, 1913. We have been unable to locate any other cataloged examples of the 1912 / 1913 edition of this chart.

Very good. Exhibits light soiling. Area of infill along top margin.
Looking for a high-resolution scan of this?