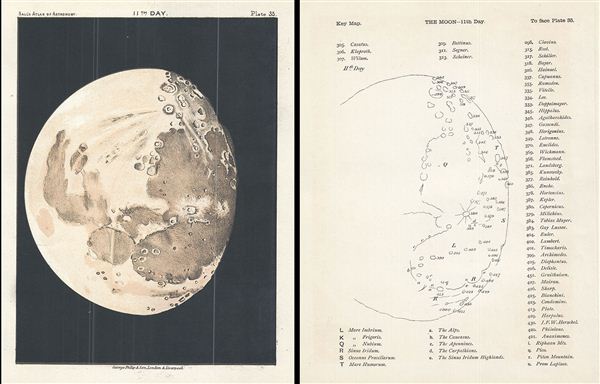 This is a fascinating example of Philip's 1892 map or Chart of the Moon on its 11th day. This chart was created to study the various lunar formations during its various stages – from new to full. This particular chart represents the Moon on its 11th day. The map is accompanied by a key map that marks the position of the various formations, including its various oceans, mares, mountains etc. This map was issued as plate 35 in Sir Robert Stawell Ball's An Atlas of Astronomy and published by George Philip and Sons of London and Liverpool.

Very good. Blank on verso. Accompanied by a key map.
Looking for a high-resolution scan of this?