1833 Charle Map of the Dept. of Morbihan, Bretagne, France 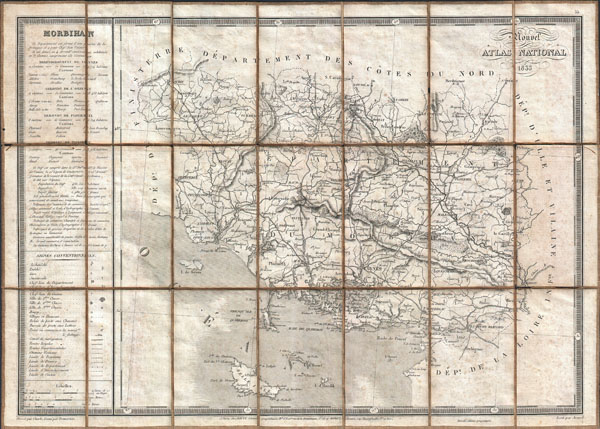 1833 Charle Map of the Dept. of Morbihan, Bretagne, France

A rare and very attractive 1833 map of the Morbihan region of Bretagne (Breton or Brittany), France. Covers the entire Province from the Department de Finisterre to the Department de La Loire. Morbihan is an exceptionally beautiful part of the Breton cost noted for its many islands, many of which are now privately owned by movie stars, politicians, well known musicians and other influentials. Morbihan is named for its most unusual feature, a large inland sea near Vannes, itself called The Morbihan. This regions ia also the home of the mysterios megalithic ruins at Carnac. This map was drawn by Charle and engraved by Dumortier as plate no. 55 in Dauty and Roret's 1833 Nouvel Atlas National . This departmental atlas of France was issued both bound as a book and as a collection of linen backed pocket format maps – as seen here.

Phillips (Atlases).
Looking for a high-resolution scan of this?