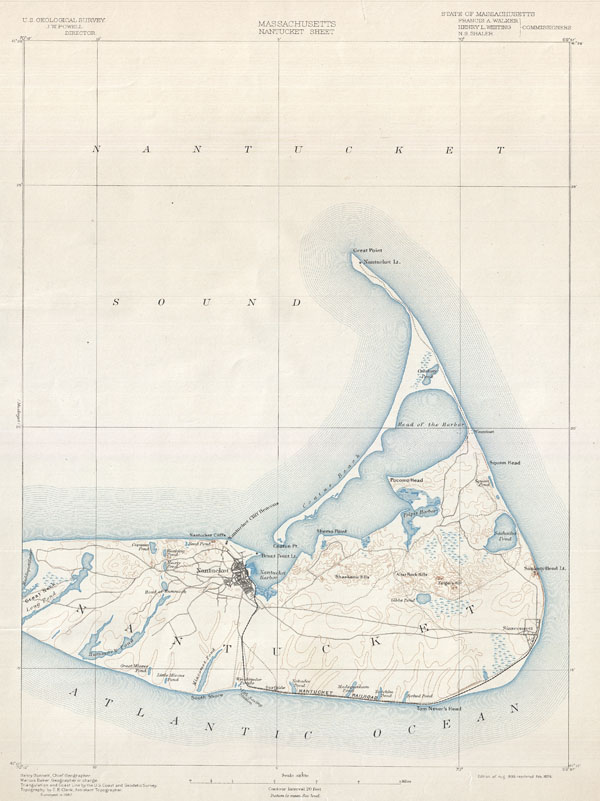 One of the most sought after topographical maps produced by the U.S. Geological Survey. The 1898 edition of the U.S.G.S. Survey Map of Nantucket covers the island from Great Neck to the Atlantic. Identifies topographical features such as the Shawkemo Hills, Alter Rock Hills, Folgers Hill, Gibbs Pond, Mioxes Pond, Miacomet Pond, and the Head of Hummunock. Also notes the various roads traversing the islands and the Nantucket - Siasconsett Railroad. Identifies the Sankaty Head Lighthouse, the Nantucket Cliff Beacons, the Brant Point Lighthouse and the Nantucket Lighthouse at Great Point. Prepared by Henry Gannett, Marcus Baker, and E. B. Clark.

Very good condition. Blank on verso. The horizontal streaks across the top of the map are a scan error and are not reflected on the actual map.