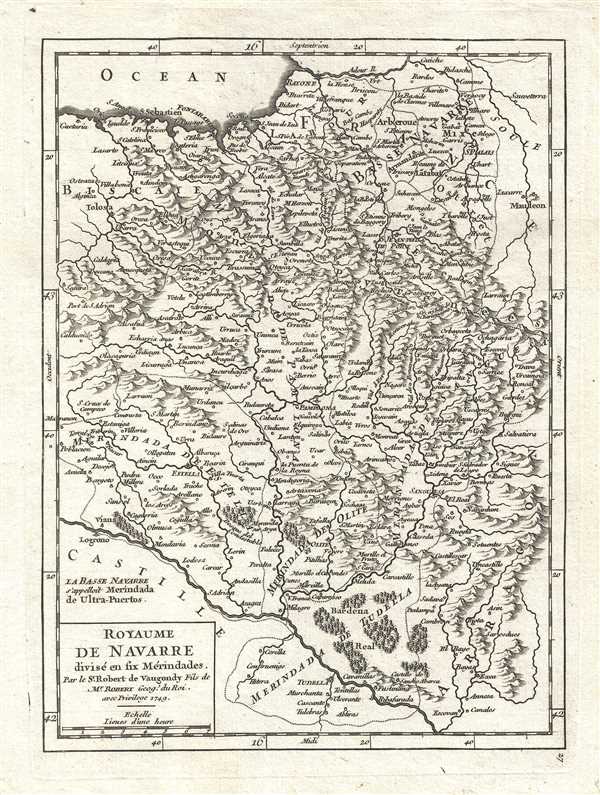 This is a 1749 Didier Robert de Vaugondy map of Navarre, Spain. The map depicts from Biscayeto southern France and from the Bay of Biscay and southwestern France to Castile and Aragon. Pamplona, the city famous for Festival of Saint Fermin and the Running of the Bulls (encierro in Spanish) is situated just below the center of the map in bold print. The city of San Sebastián sits along the coast of the Bay of Biscay and is the third largest community in the Basque Autonomous Community.

Countless cities and towns are labeled, including Bayonne (Bayone), France, and numerous rivers are depicted. The Pyrenees Mountains stretch across the map and are depicted in profile, as are the forests.