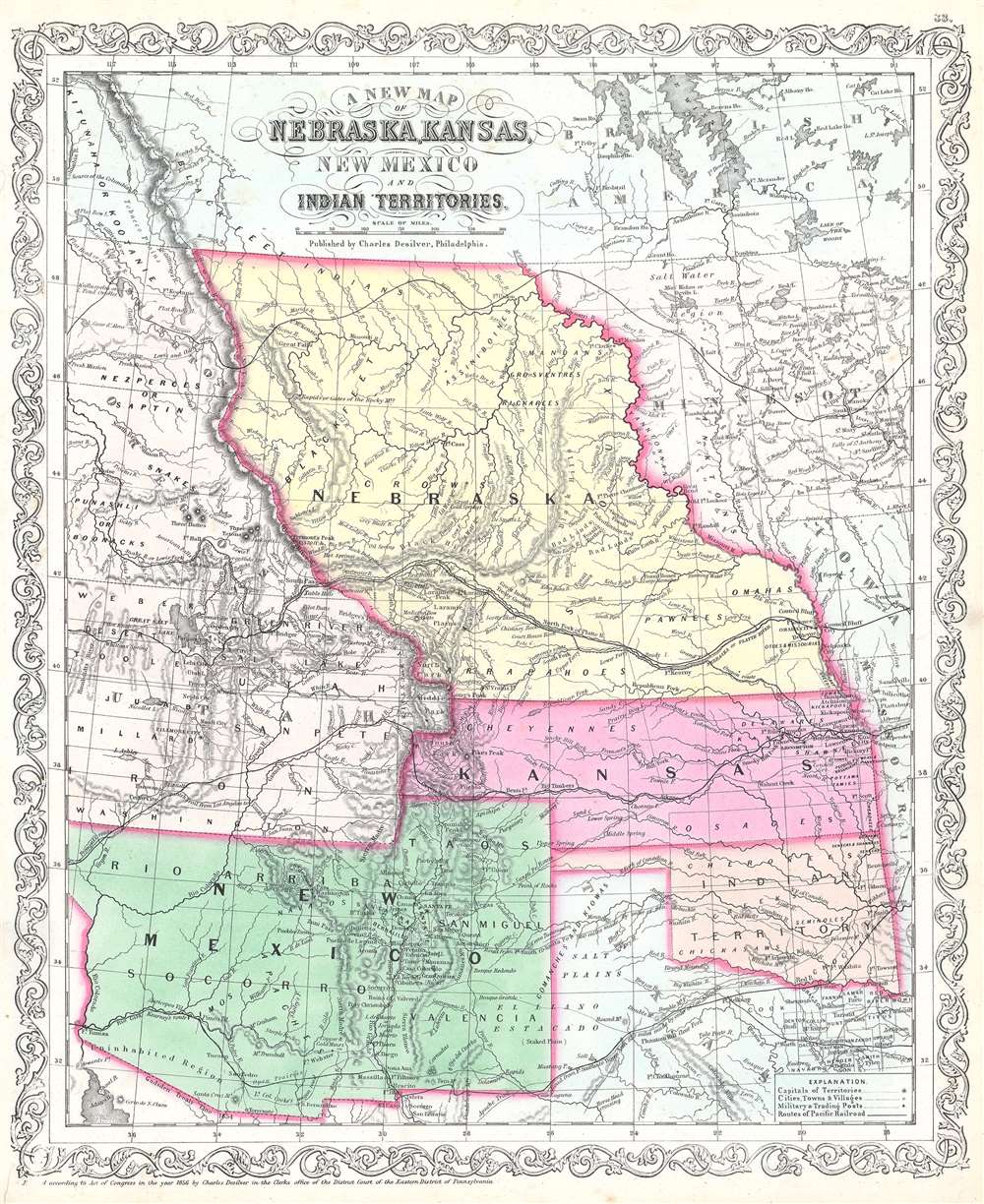 An early atlas map of the central western United Srtates.

This is an 1856 Charles Desilver map of Nebraska, Kansas, New Mexico, and the Indian Territory. The map depicts the western United States from the 115th parallel, or roughly the Colorado River, to Independence, Missouri and from Canada (British America) to Texas and the Gadsden Treaty Line of 1854. Highly detailed, towns and other settlements are labeled throughout, particularly along the railroads and other routes through the region, including Omaha, Kansas City, Taos, Santa Fe, and Salt Lake City. Several forts are also identified, such as Bent's Fort and Fort Kearny.The ranges of numerous American Indian tribes are identified, although only a handful are restricted within set borders in Kansas and the Indian Territory. Myriad rivers and lakes are identified, along with individual peaks within the Rocky Mountains.

This map was created by Charles Desilver and published in the 1857 first edition of his A New Universal Atlas Containing Maps of the various Empires, Kingdoms, States and Republics of the World.This map is scarce on the market because of the relative paucity of Desilver's atlases when compared with editions of other American atlases