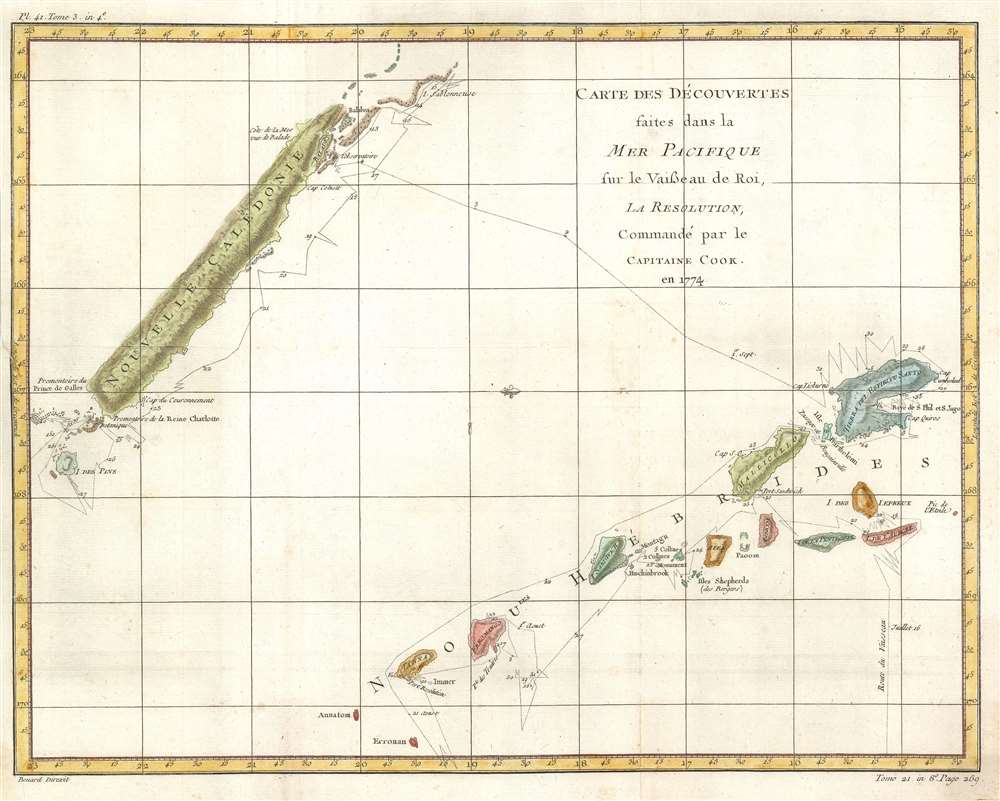 A French edition of Cook's map of the South Pacific Islands which he 'discovered' during his Second Voyage.

This is a 1778 Robert Bénard and James Cook map of New Caledonia and Vanuatu. Depicting the islands from the north, the map depicts New Caledonia and the Isle of Pines on the top left and several of the islands in the Vanuatu archipelago, including Espiritu Santo, on the lower right. Discovered during his second voyage, Cook called Vanuatu the New Hebrides, the name that was used until 1980 when the Republic of Vanuatu was established. Cook's route through Vanuatu and around New Caledonia is traced here and there are even references to specific dates where he and his crew landed. Both island groups had been completely unknown to Europeans before Cook's arrival in 1774, although Europeans had 'discovered' Espiritu Santo twice before. A Portuguese explorer sailing for the Spanish Crown landed on the island in 1606, and a French explorer arrived in 1768, but it was Cook's discovery and name that history remembers.