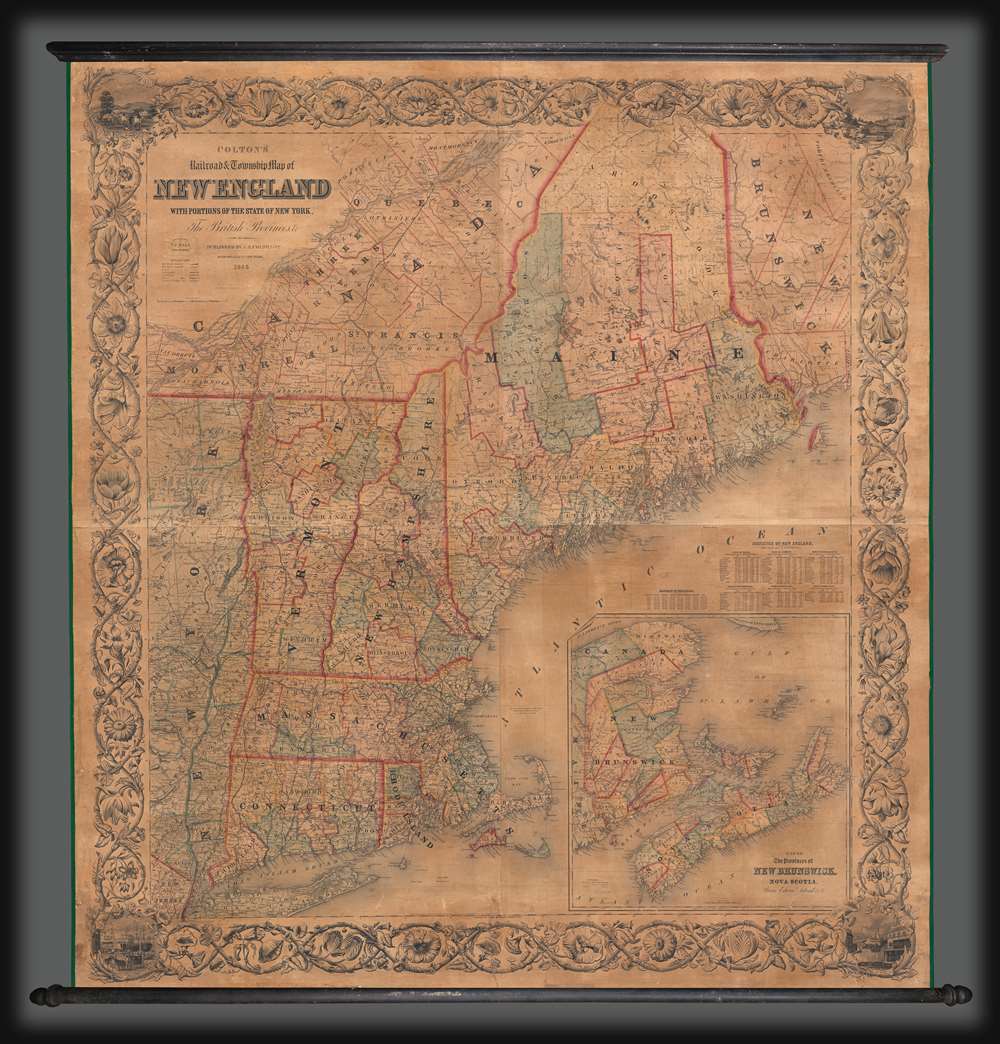 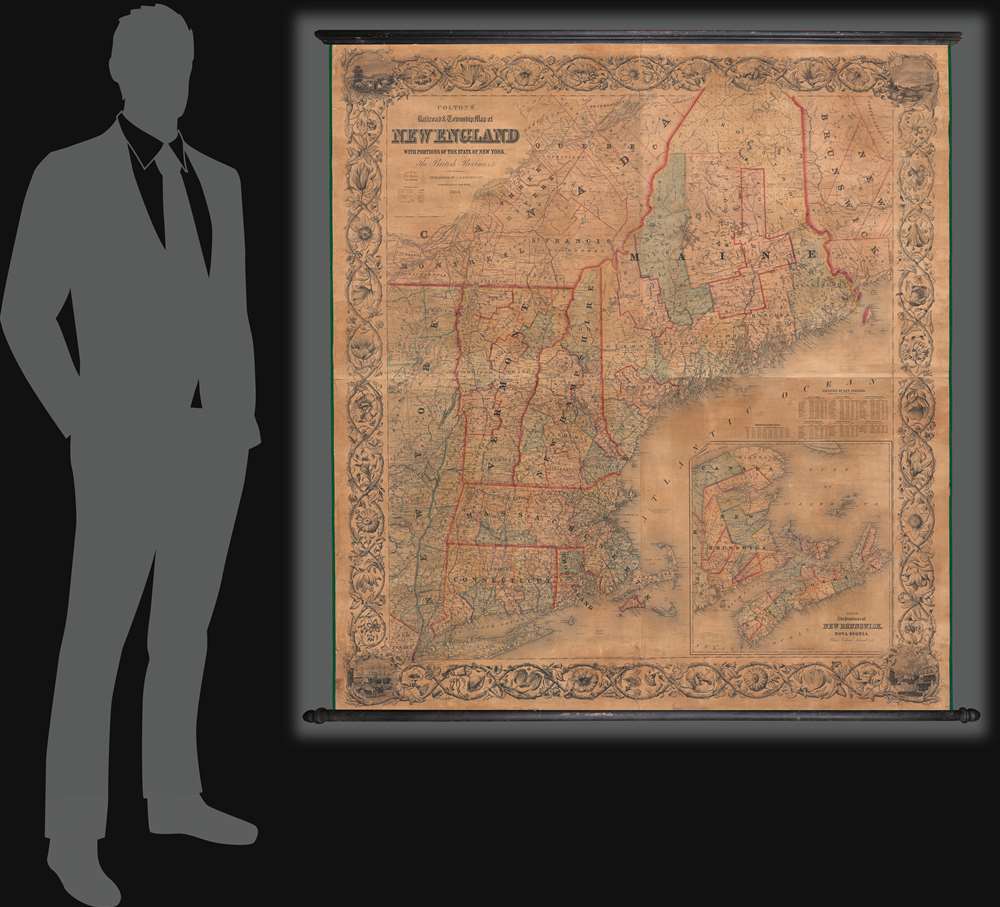 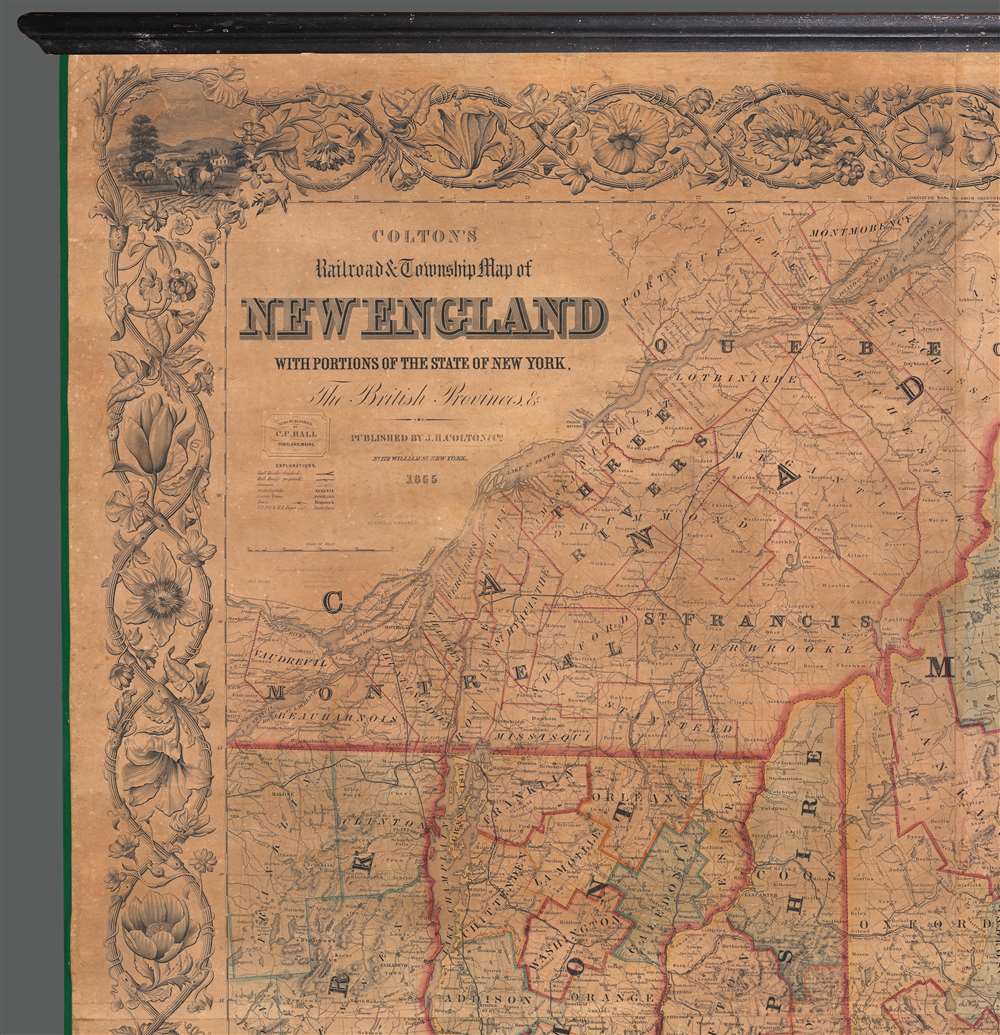 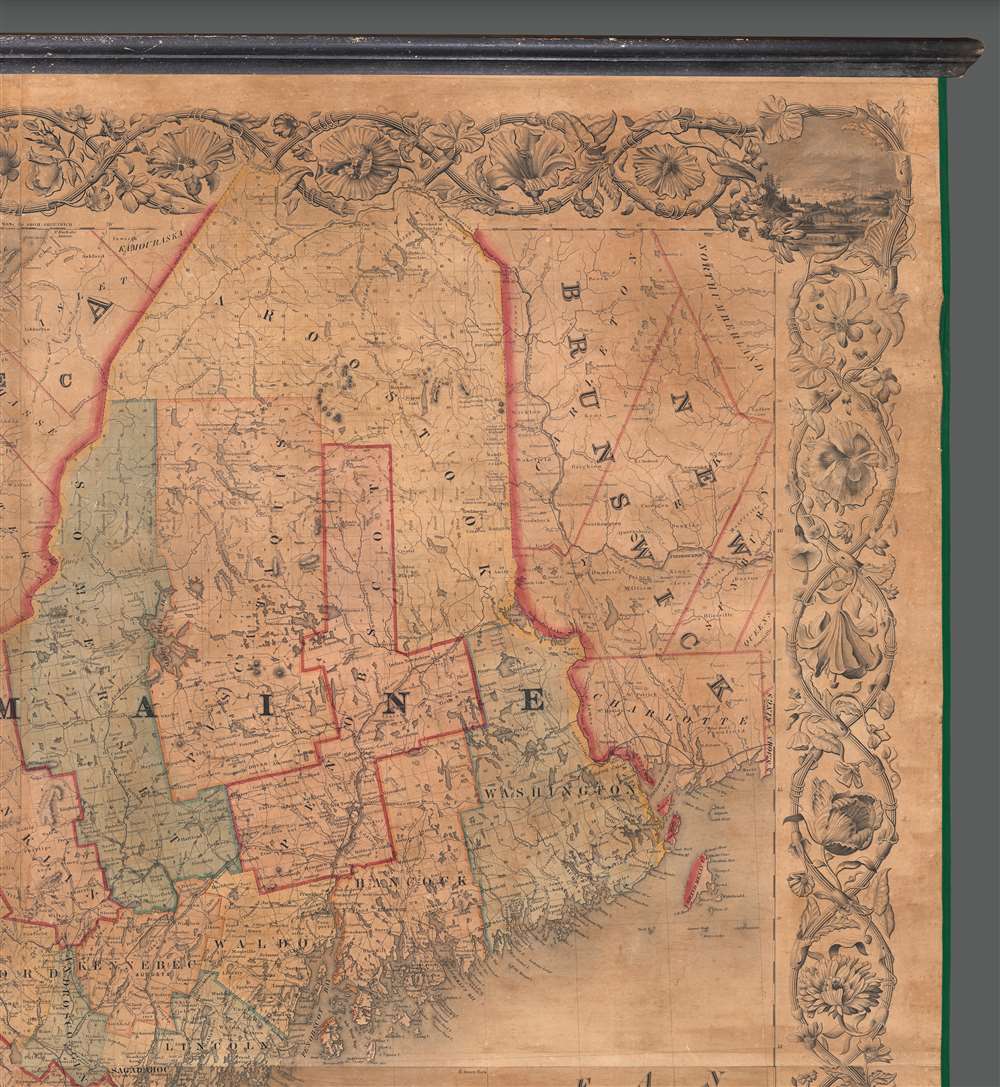 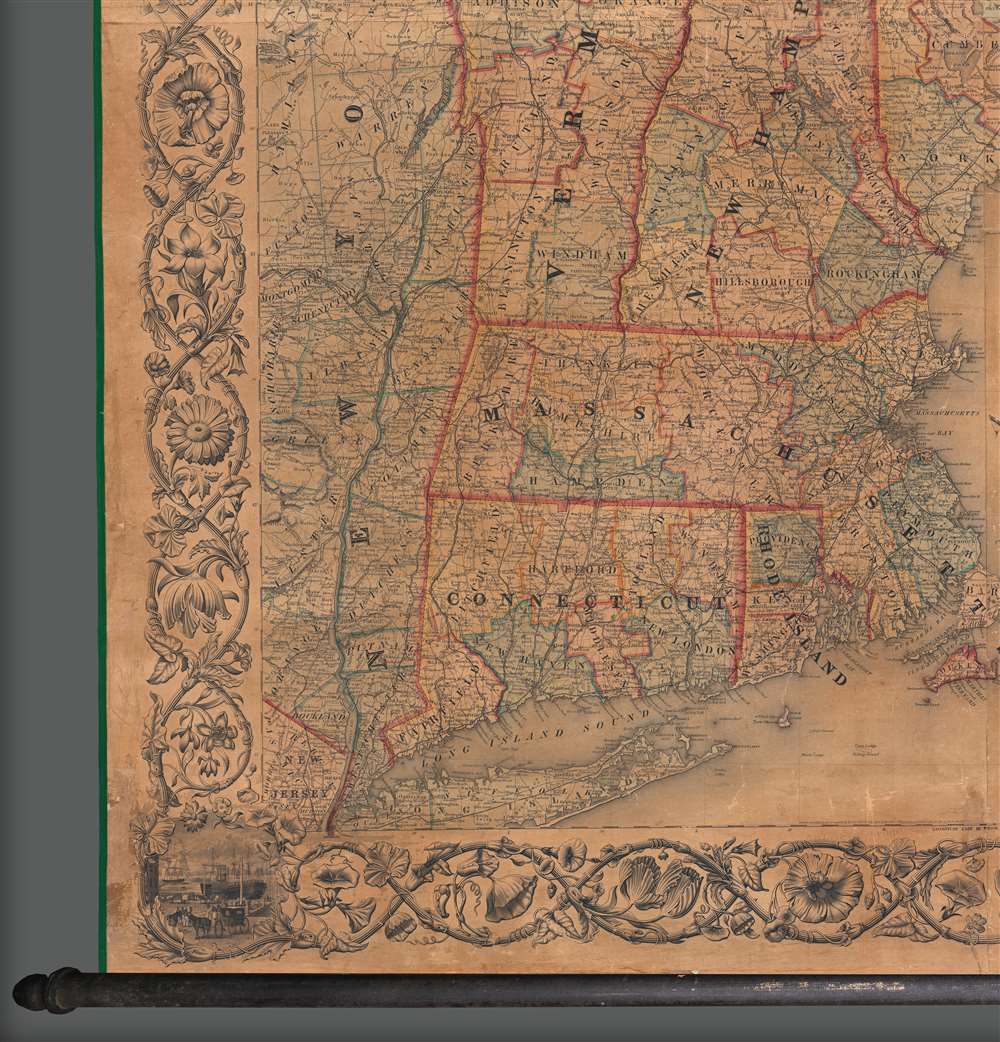 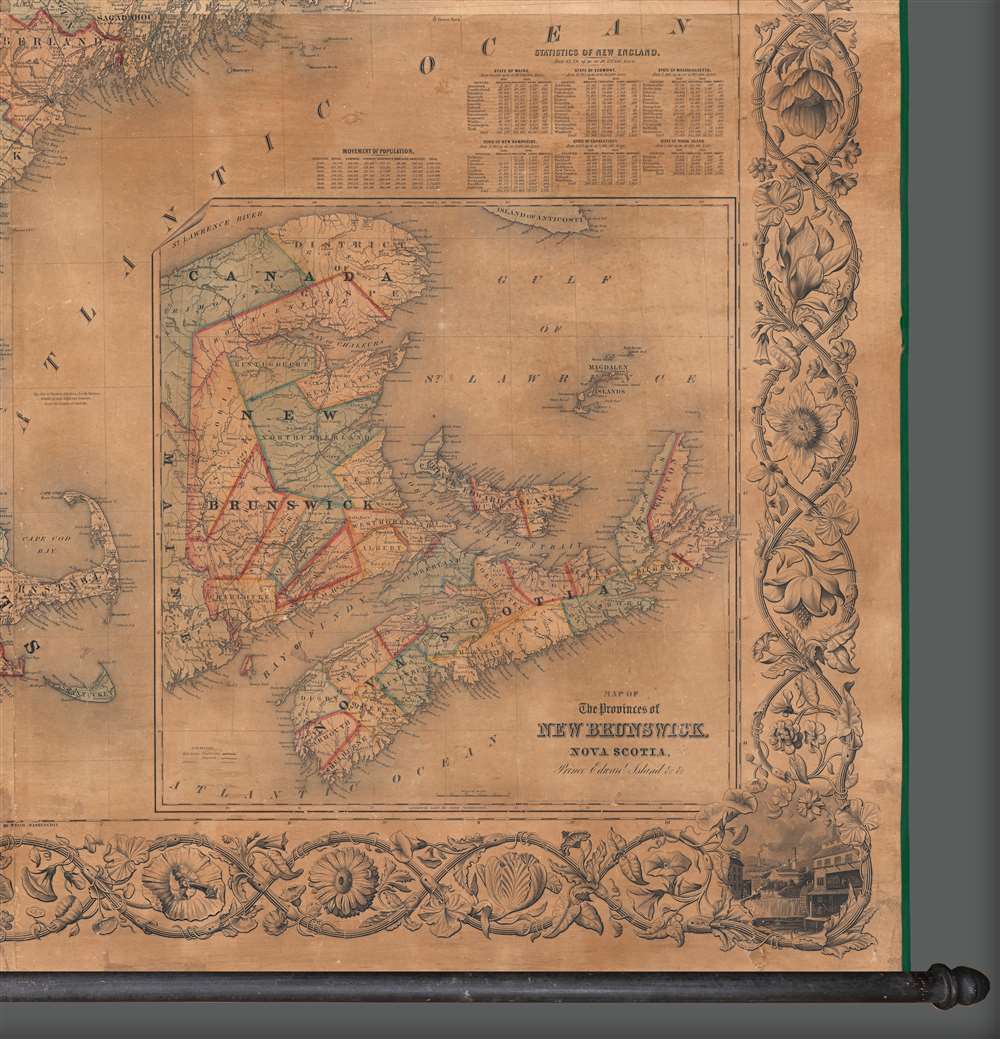 This map is unique in that it lists Colton's engravers who worked on the map in the 1852 - 1855 period - constituting the aesthetic pinnacle of Colton's map publishing career. While much is known of the Colton firm through their copious oeuvre and later legal documentation, little is known their internal workings, especially their engravers. Here, in an uncommon flourish, the engraving team to worked on map are identified: James Picardie Cox (1819 - 1908), F. H. King, I. Devoe, J. H. Goldthwaite, and border engraver William S. Barnard (1809 - ????). It is likely these engravers worked with Colton throughout his most active period from roughly 1845 to 1859, producing without attribution, some of the finest American maps of the 19th century.

This was compiled and drawn by George W. Colton and published by the J. H. Colton firm in New York. The map first appeared in 1852 with subsequent editions in 1853, 1854, and as here, 1855. The 1855 issued was co-published by the Portland, Maine businessman C. C. Hall - whose pastedown appears below the cartouche to the left. While 1852 - 1853 editions appear in a number of collections, we are aware of only 3 examples of the 1855 - 2 of which bear the C. C. Hall pastedown.