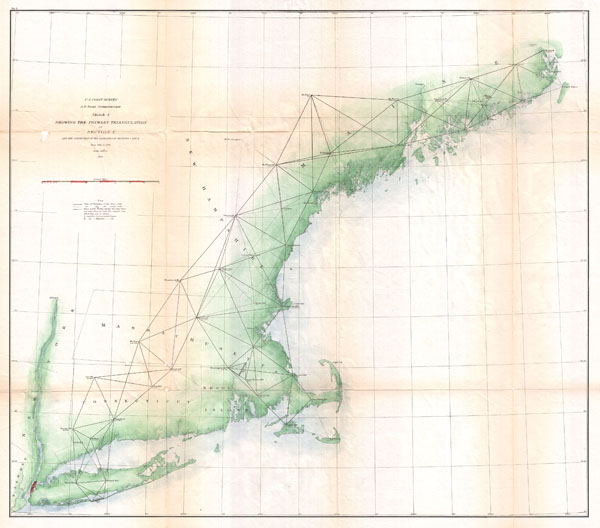 An attractive example of the U.S. Coast Survey's 1864 triangulation chart of the New York and New England coastline. Covers from New York City and Long Island to Eastport, Maine. Shows the primary triangulation points used in setting up the survey. Includes state outlines and show the Hudson River as far as Albany. Compiled under the direction of A. D. Bache, Superintendent of the Survey of the Coast of the United States and one of the most influential American cartographers of the 19th century.

Report of the Superintendant of the United States Coast Survey, Washington, (1864 edition).

Good. Verso reinforcement and repair on many of the original fold lines. Blank on verso.
Looking for a high-resolution scan of this?