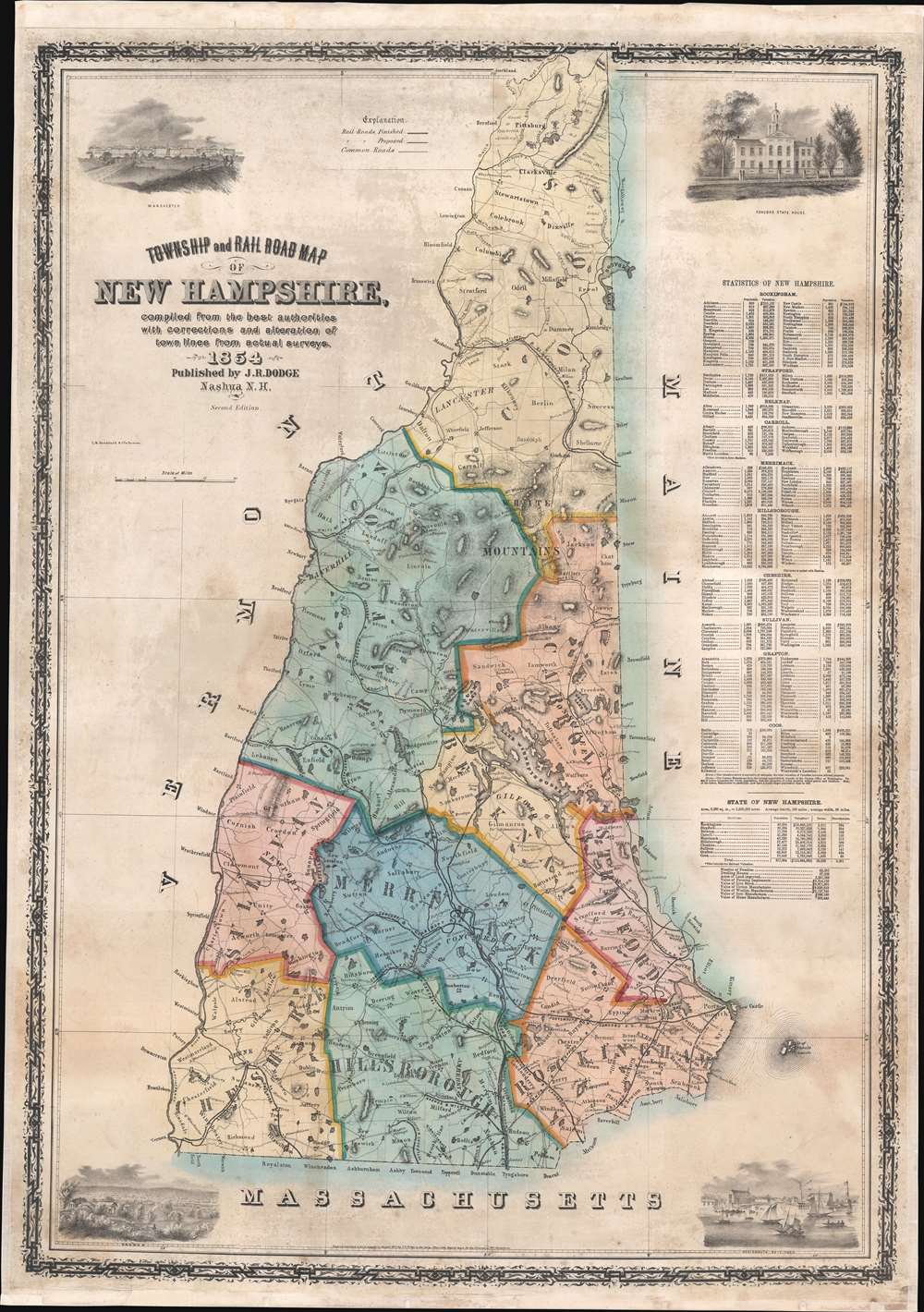 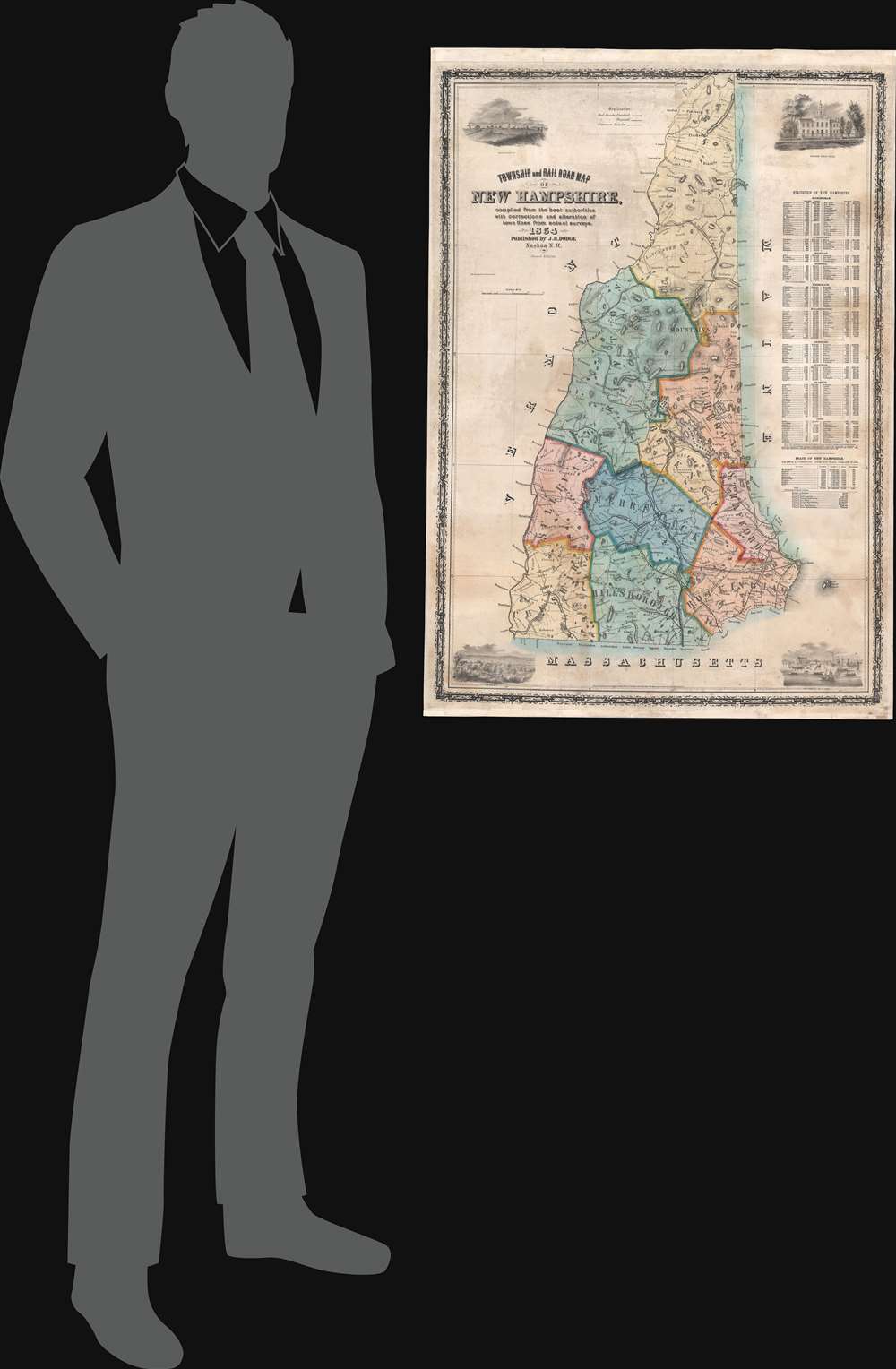 One of the few early maps of New Hampshire actually published in New Hampshire (in this case Nashua), this is an 1854 Jacob Richard Dodge wall map of New Hampshire. Created to illustrate the rise of railroad lines throughout the state, Dodge emphasized railroad construction in the Merrimack River corridor where the railroad fueled a textile boom in Nashua and Manchester. Four engraved views adorn the map's corners and highlight the importance of the railroad in the development of New Hampshire's interior. Views of the state house in Concord and the harbor town of Portsmouth occupy the corners on the right. Together these two cities represent the pre-industrial centers of New Hampshire's government and economy. As if in contrast to the old guard, the left hand views illustrate the booming industrial centers of Manchester and Nashua, both of which benefited from the rise of railroads and refocus the economy along the Merrimack corridor.

This map was engraved by I.H. Bradford and Company of Boston and published by Dodge in Nashua in 1856. Dodge published at least four editions of the present map. The first edition was published in 1854, of which we note an example in the David Rumsey Map Collection. The present example, also dated 1854, reads 'Second Edition' suggesting Dodge published two editions that year. A third edition appeared in 1856, and a fourth one in 1860. We note two examples of the 1854 edition cataloged in OCLC which are part of the collections at Phillips Exeter Academy and Dartmouth College. However, the OCLC entry does not state if these are examples of the first or second edition.

Jacob Richard Dodge (September 28, 1923 - c. 1890) was an American publisher, poet, and journalist. Born in New Boston, New Hampshire, Dodge learned the art of printing in the offices of the Amherst Cabinet, a local newspaper. After graduating from school he accepted a post as a schoolmaster in Mississippi, where he remained for five years, before returning to Nashua, New Hampshire. During this period in Nashua he published his only map, a railroad guide and wall map of New Hampshire. In 1855 he moved to Ohio, where he published the American Ruralist, a regional agricultural newspaper. In 1861 Dodge again relocated, this time to Washington D. C. There he took a position as Senate Reporter for the National Intelligencer. From 1866 to 1878 he worked as Statistician for the Department of Agriculture. In this role he was sent to Europe to represent United States agriculture at the 1873 Vienna Exhibition. Dodge continued to work in statistics with the U.S. Government until the 1880s. It is unclear when Dodge died.3 Learn More...