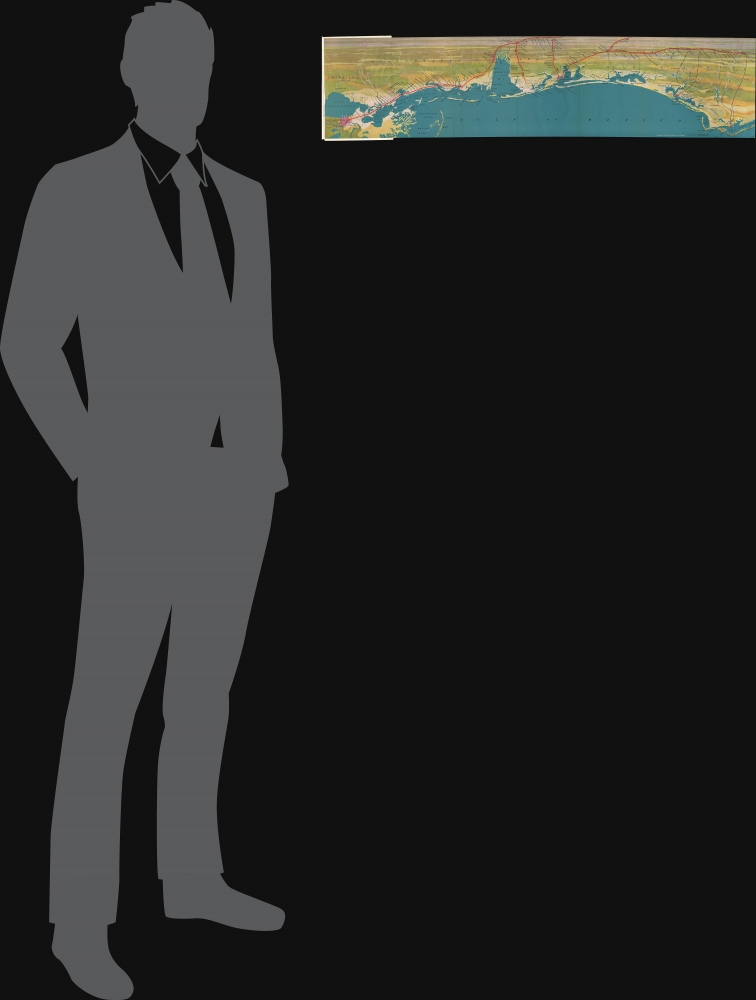 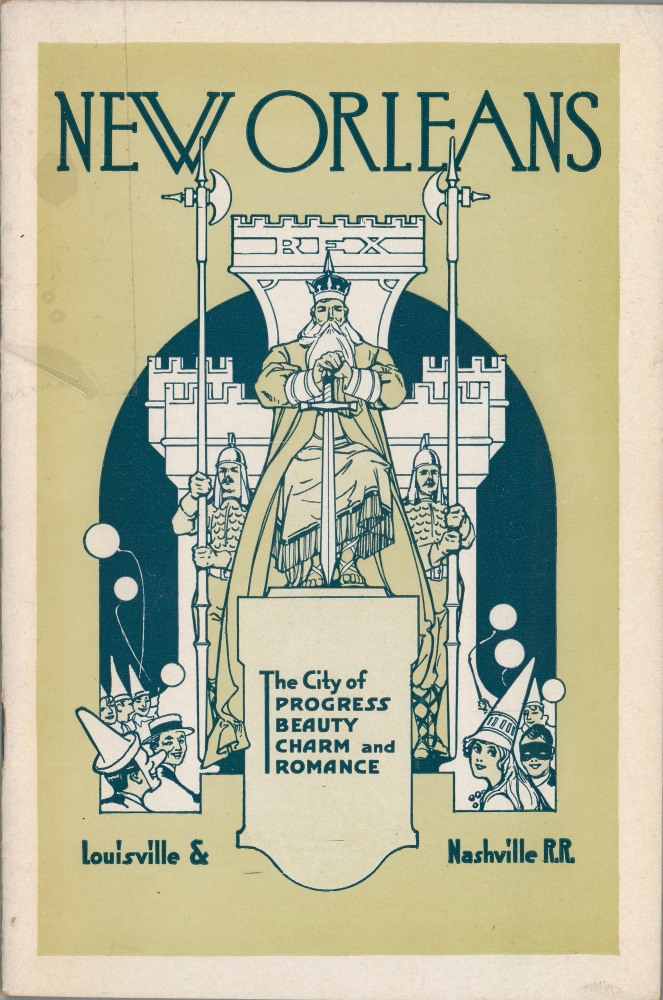 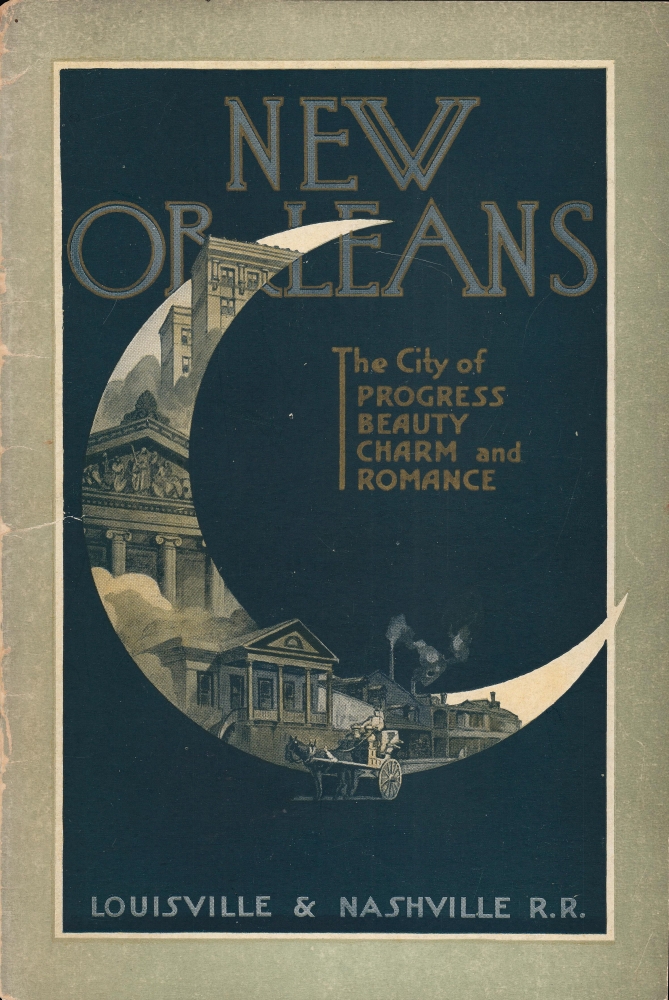 A vibrantly colored 1926 Poole Brothers bird's-eye view of the northern coast of the Gulf of Mexico, from New Orleans to Apalachicola. The view promotes the Louisville and Nashville Railroad. It appeared in the booklet New Orleans: the city of progress, beauty, charm, and romance, distributed by the railroad.

The view takes in Gulf Coast cities and towns, including New Orleans, Mobile, Pensacola, Panama City, and Apalachicola, highlighting the railroad lines of the Louisville and Nashville (LN), along with connecting lines run by other companies and some motor routes. Major rivers are indicated inland while lighthouses and islands are denoted on water.

As evidenced here, the Louisville and Nashville had grown to extend far beyond its namesake cities and owned one of the most extensive networks in the South. At the time this map was published, the railroad's Pan-American service from Cincinnati to New Orleans was one of its most popular, making the trip in 24 hours. As with passenger rail more widely, the LN saw decreased ridership and financial difficulties in the mid-20th century, with its troubles even becoming the subject of a song by Jean Ritchie, which was later recorded by Johnny Cash.

This view was produced by the Chicago firm Poole Brothers, in 1926 for the booklet New Orleans: the city of progress, beauty, charm, and romance, issued by the Louisville and Nashville Railroad. The present edition of the booklet was published in 1932. The map is independently cataloged by the Historic New Orleans Collection, while the entire booklet (cataloged with varying dates) is held by ten institutions in the United States.

Very good. Some wear along fold lines. Folds into the accompanying booklet.