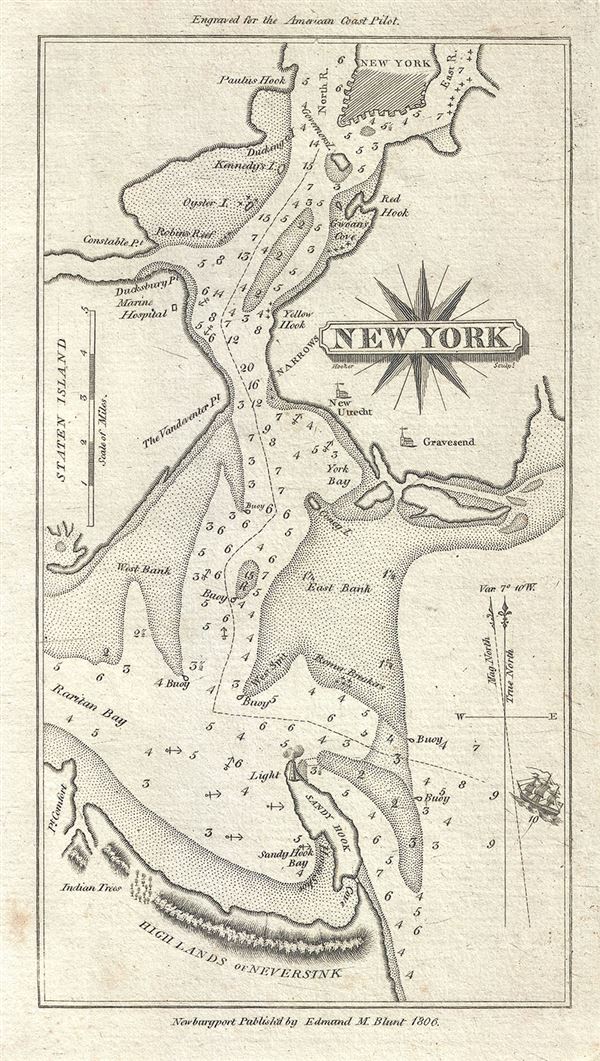 This is a scarce 1806 nautical chart or maritime map of New York City by Edmund Blunt. It covers the region including parts of lower Manhattan, Staten Island, Brooklyn and New Jersey. The map identifies several points, islands, bays including Sandy Hook, Red Hook, Yellow Hook, Point Comfort, etc. The towns of Gravesend and Utrecht are identified along with the Marine Hospital on Staten Island and a beautifully rendered lighthouse on Sandy Hook. Various banks and reefs are noted, along with some depth soundings, buoys and relief shown by hachure. This map was published by Edmund M. Blunt for issue in the 1806 edition of the American Coast Pilot.