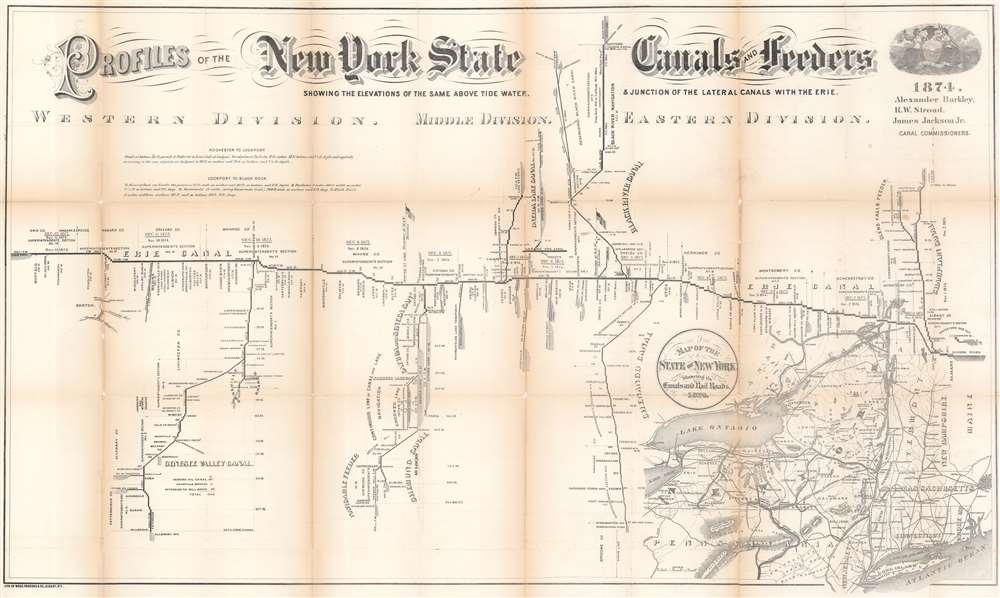 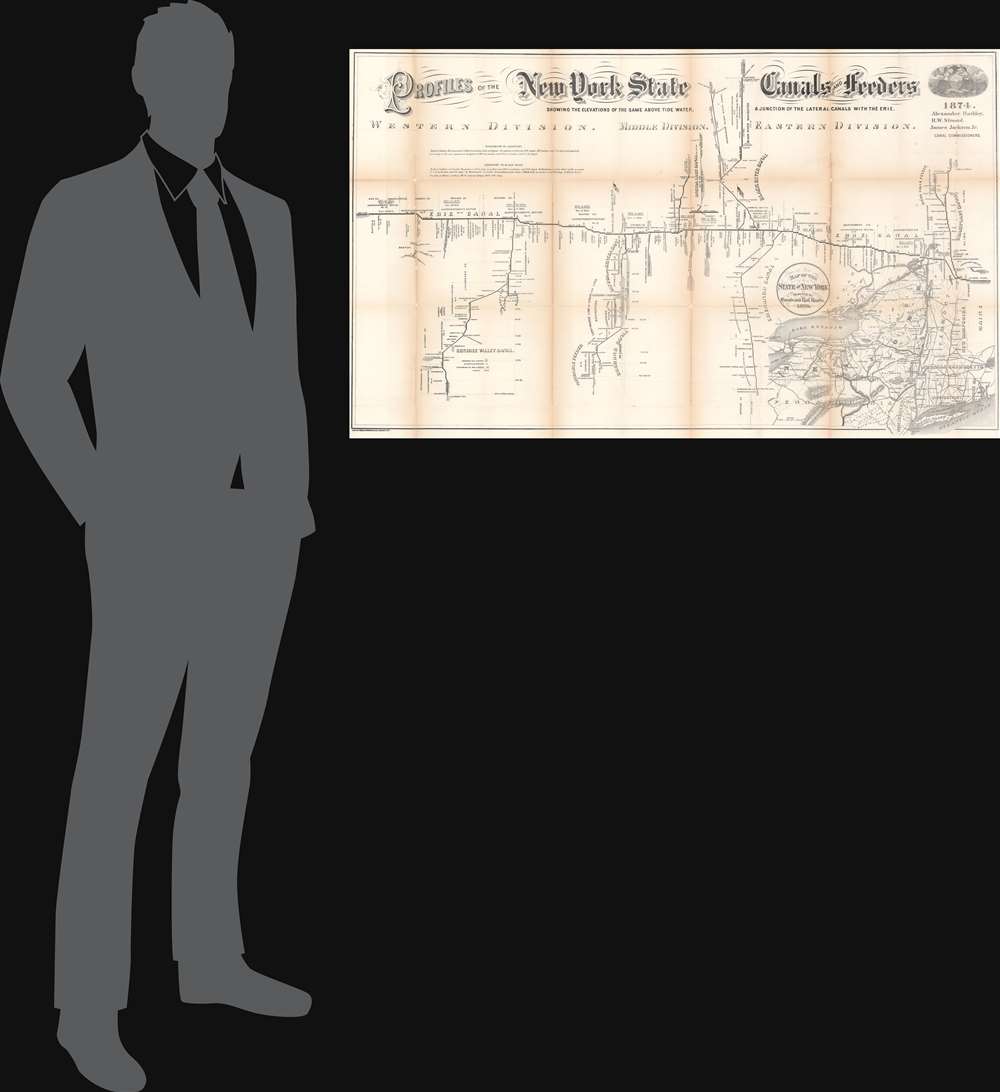 This is an 1874 New York State Canal Commissioners profile map of New York canals. Illustrating height changes along New York's primary canals: the Erie Canal, Champlain Canal, Chenango Canal, Chemung Canal, Genesee Valley Canal, Black River Canal, Oneida Lake Canal, and Cayuga and Seneca Canal. The Erie Canal stretches across the sheet. Divided into the Eastern, Middle, and Western divisions, counties, superintendent's sections, and other divisions along the Erie Canal are delineated. Height changes and distances of each part of the canal are presented. Cities, aqueducts, falls, and other waypoints are labeled. The other canals, along with their feeders, are illustrated in much the same manner. Numerous lakes along the canal routes appear as well, including Seneca Lake, Cayuga Lake, and Crooked Lake.

A second, smaller map occupies the lower right and details New York's canal and railroad network. Illustrating most of New England, pronounced lines trace the canals, while black and white dashed lines follow the railroads. This provides an overall view of New York's transportation network and its connections to networks in Massachusetts, Vermont, Pennsylvania, New Jersey, and Canada.

This map was lithographed by Weed, Parsons, and Company in Albany, New York, and was published in the 1874 edition of the Canal Commissioner's report to the state. Editions were published annually from the 1860s through the 1880s and varied in design, although the central map showing the profiles changed little. The only other cataloged example of the 1874 edition is part of the collection at The Museum at Blue Mountain Lake. Earlier and later editions are well represented in institutional collections.

Weed, Parsons and Company (July 25, 1843 - July, 1892) was a New York based printing house based in Albany, active in the second half of the 19th century. The firm was founded by J. B. Weed (???? - June 18, 1851) and John D. Parsons. Weed, the son of Thurlow Weed, previously worked for the Evening Journal. Parsons was a compositor in the printing offices of Packard and Van Benthuysen. Shortly after their startup, the firm received financing from Visscher Ten Eyck, one of the owners of the Evening Journal to dramatically expand their printing operation. Leveraging Parsons' contacts with the state, the firm began receiving lucrative government printing contracts out of Albany. By 1868 they were one of the largest printing concerns in the United States. Their offices were gutted by a major fire on April 7, 1871. The owners rebuilt with new more modern equipment and continued to operate, with heirs taking over the shares of the original owners. They remained in operation until the firm went into receivership in July of 1892. Learn More...