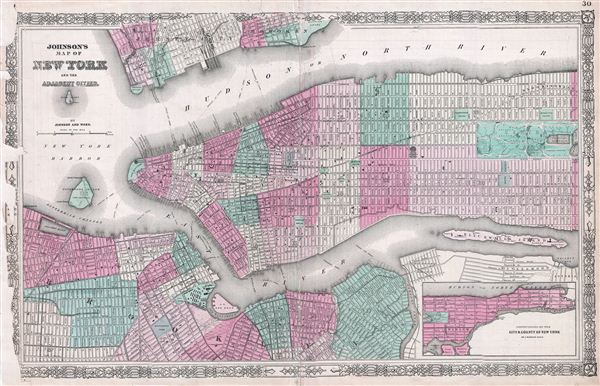 Average. Typical wear and verso repair along original centerfold. Borders missing at some places and have been extended. Text on verso. Professionally flattened with Japanese tissue.