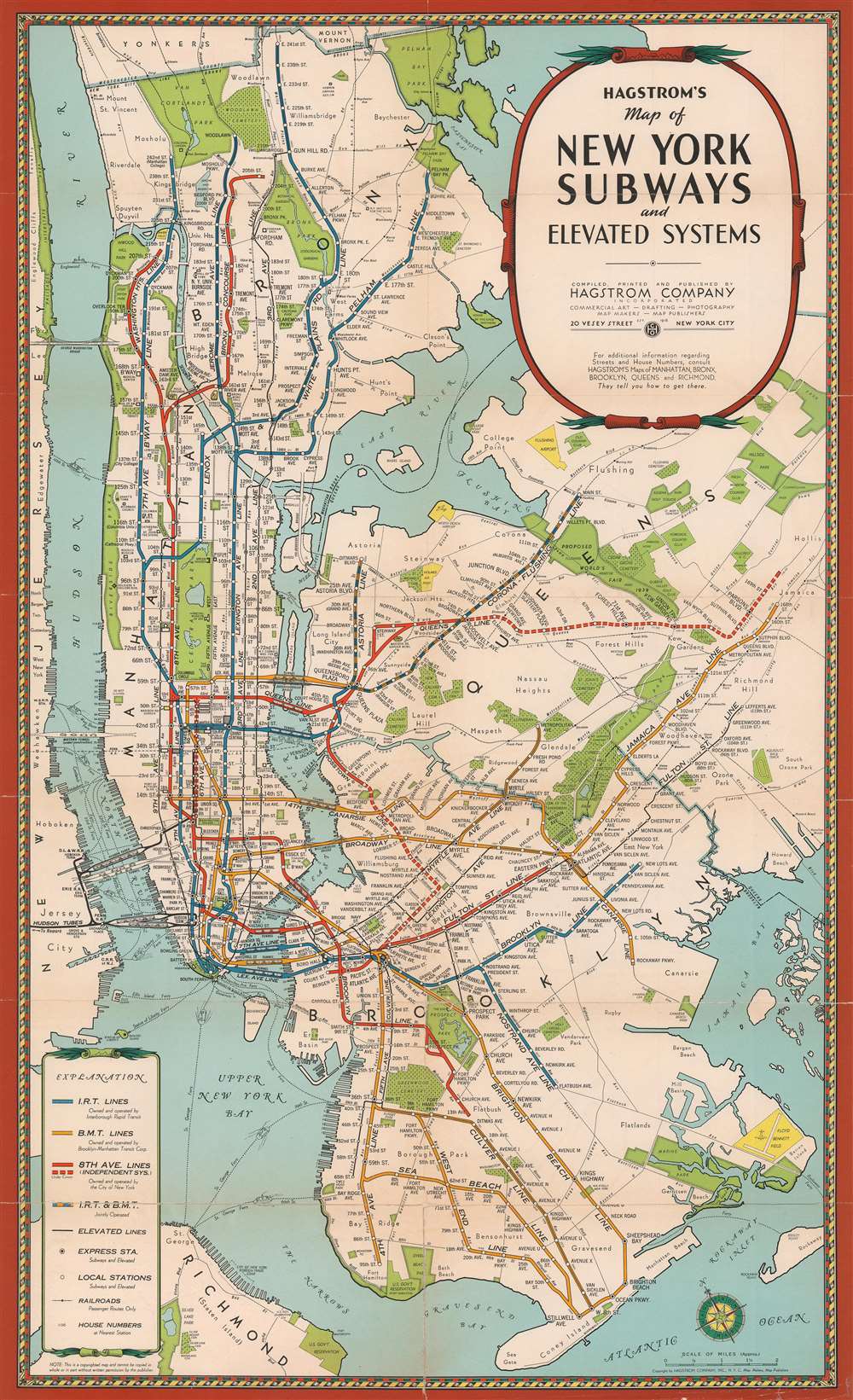 An uncommon early c. 1939 edition of Hagstrom's map of New York City showing subways and elevated trains, including the BMT and IRT lines. The map covers most of New York City with the exception of Staten Island. Parks are detailed, as are major avenues and streets, but he focus of the map is the subway and transit lines. Color coding defines the lines, the IRT (blue), BMT (yellow), 8th Avenue line (Red), Joint lines (blue and yellow). The map also attempts to show major railway lines. This map is undated but predates the 1939 merger of the December 12, 1939 merger of the IRT, BMT, IND (independent lines), the largest railroad merger in U.S. history.

This map went through many states and editions, most of which are undated. We have tentatively dated this example to 1939 based upon the design, copyright notices, and an assessment of the content.

Good. Laid down on archival tissue. Wear at old fold lines and intersections.
Looking for a high-resolution scan of this?