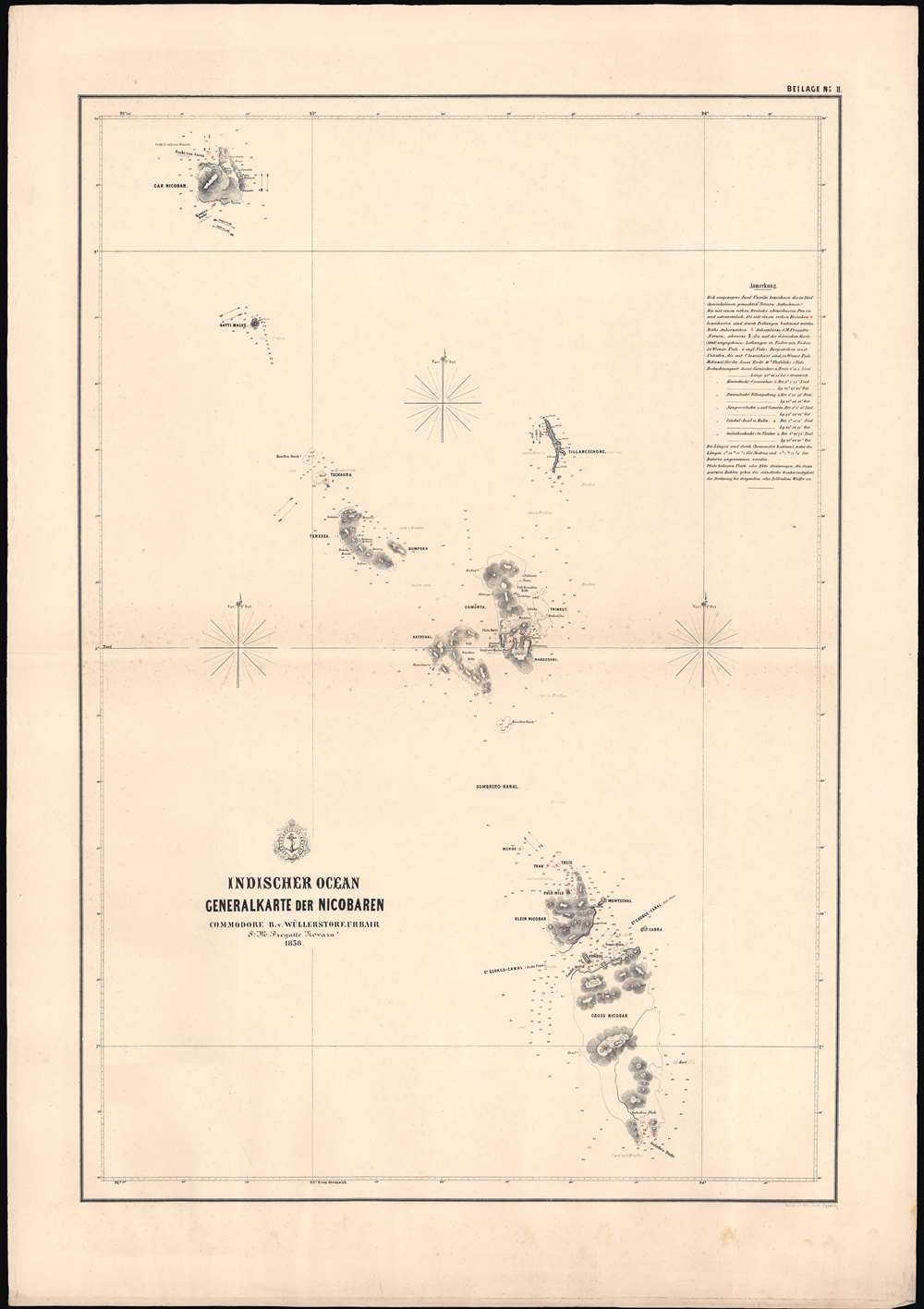 Island paradise in the Indian Ocean.

This is a rare 1858 Baron Bernhard von Wüllerstorf-Urbair map of the Nicobar Islands, an Indian Ocean paradise popular with scuba divers. The map is one of a series of maps of Indian Ocean islands compiled during the Austrian Novara Expedition (1857 - 1859). Several of the islands and bays on this map, outlined in thick black lines, were the subject of their own maps in this series. This map includes an explanatory note and legend with detailed navigational information such as the latitude and longitude of different islands in the Nicobars and numbers on the map indicating the hourly speed of the current in stagnant or falling water.

The Nicobar Islands are in the eastern Indian Ocean, close to Sumatra. They were included in the early 17th century Mao Kun map of the Zheng He Voyages (鄭和航海圖). Various colonial powers tried to lay claim to the islands, including Austria in the 1770s - 1780s, and, most successfully, the Danish, who saw the islands as an extension of their trading colony at Tranquebar on the Indian subcontinent. As a result, the Danes completed the most extensive mapping of the islands, and an 1846 Danish map is referred to in the legend here. The black anchors on the map show where the Danish ship had anchored, while the red anchors show where the Novara anchored twelve years later.

This map was printed by the K. K. Hof- und Staatsdruckerei (the Imperial Royal State Printing Office) and is attributed to Baron Bernhard von Wüllerstorf-Urbair. It also carries the seal of the Hydrographische Anstalt (Hydrographic Institute) in Vienna. Although it is dated to 1858 and usually cataloged as such, it likely was printed after the voyage's completion and sometimes is cataloged as 1862. It is held by a number of libraries and universities in Europe and is scarce to the market.

Very good. Some foxing and toning along original centerfold and at margins.