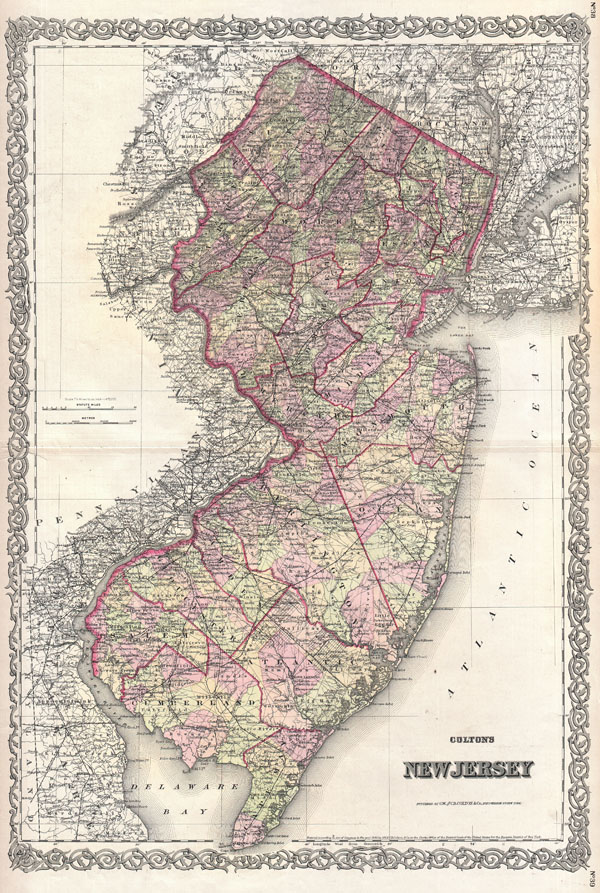 This is a large double page folio variant form of Colton's Map of New Jersey. Issued in Colton's 1868, this map represents a significant update upon the earlier Colton map of New Jersey which had not been significantly updated since 1855. Details the state of New Jersey with color coding to define the counties. Shows the Delaware Bay and parts of New York and Pennsylvania. Surrounded by the typical Colton decorative vine motif border. Dated and copyrighted, 'Entered according to Act of Congress in the year 1868 by G. W. & C. B. Colton & Co in the Clerks Office of the District Court of the United States for the Eastern District of New York.'