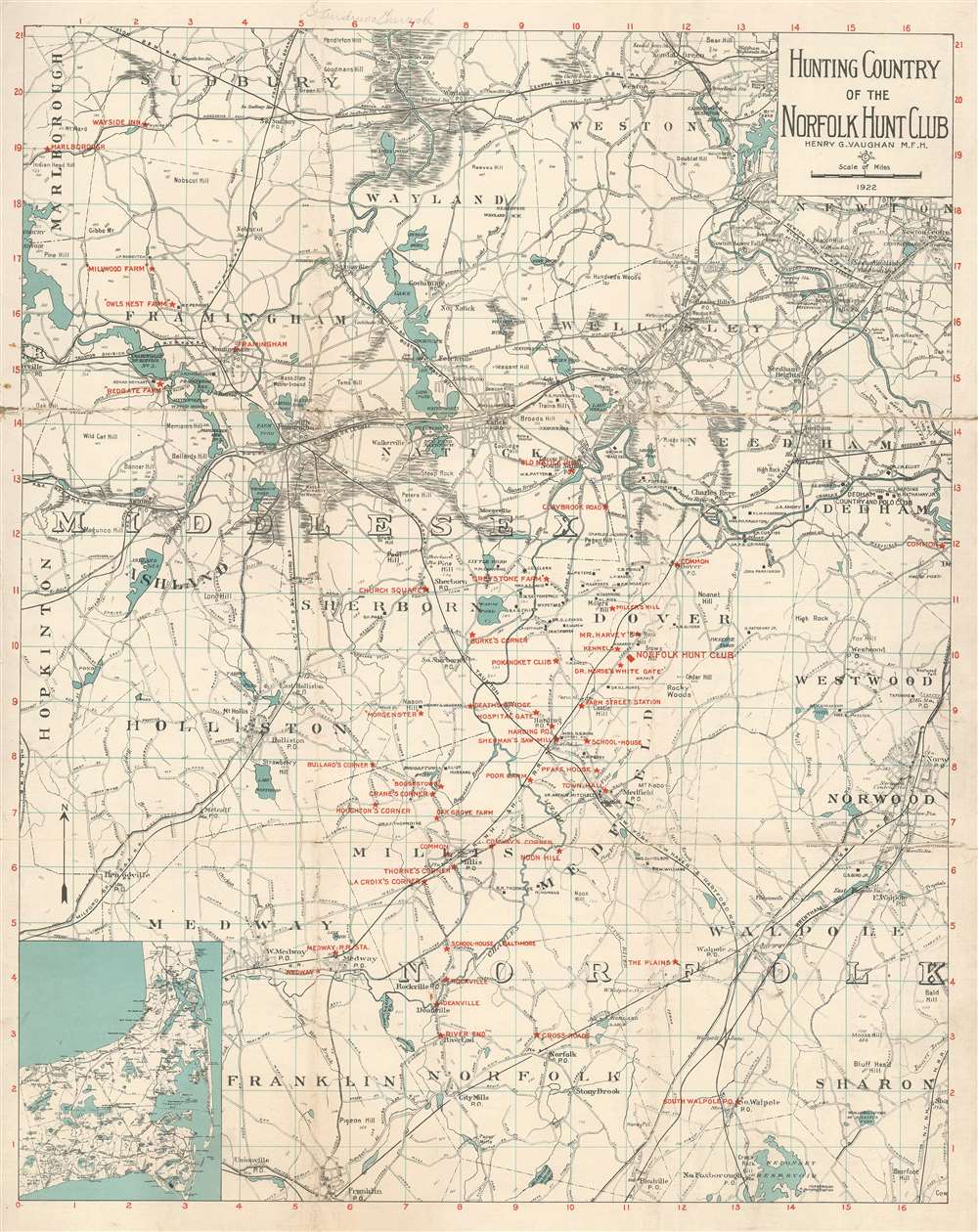 This is a 1922 Henry Goodman Vaughan map of Middlesex County, Massachusetts created for the Norfolk Hunt Club, a Massachusetts fox hunting and horseback riding organization. The map depicts the region from Hopkinton to Norwood and from Sudbury to Franklin. Red overprinting labels the Norfolk Hunt Club, along with their kennels. Numerous clubs, railroad stations, farms, and other locations are also labeled, and sadly the details of many of them have been lost to history. On the base map, the region's road and railroad network are detailed, as are its lakes, ponds, and rivers. An inset map of eastern Cape Cod is situated in the lower left corner.

Founded in 1895 by members of the old Dedham Polo Club, the Norfolk Hunt Club was conceived so that that these relatively new polo players would not forget the 'noble art of horseback riding'. While early members organized the club casually to have an excuse to ride, it soon became formalized. Henry G. Vaughan became the Master of Foxhounds in 1903 and, according to a history of the Norfolk Hunt Club written by David W. Lewis, Jr., 'brought great distinction to the Hunt, remaining in that post until 1933.' This history also points out that the location of the club, in its early days, was chosen because of its proximity to trains. The club's members, which were mostly men, would travel from Boston by train, spend the night at the clubhouse, hunt early the next morning and then return to Boston that same day.

This map was created by Henry Goodman Vaughan and published in 1922. This is the only known example.

Good. Laid down on linen. Some wear along original fold lines. Blank on verso.
Looking for a high-resolution scan of this?