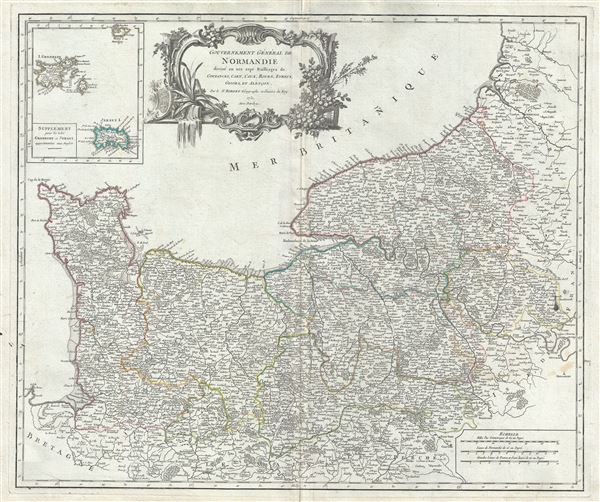 This is a beautiful 1751 Robert de Vaugondy map of Normandy, France. It depicts the former French Duchy of Normandy and includes all or part of the departments of Calvados, Manche, Orne, Seine-Maritime, Somme, Eure and Eure-et-Loire. The map covers the region from Etaples south as far as Pontorson and inland as far as Versailles and renders the entire region in extraordinary detail offering both topographical and political information throughout. Some coastal features are also indicated. Near the city of Vernon, the map identifies the area of Giverny, where impressionist Claude MonetÂ's home and garden is located.