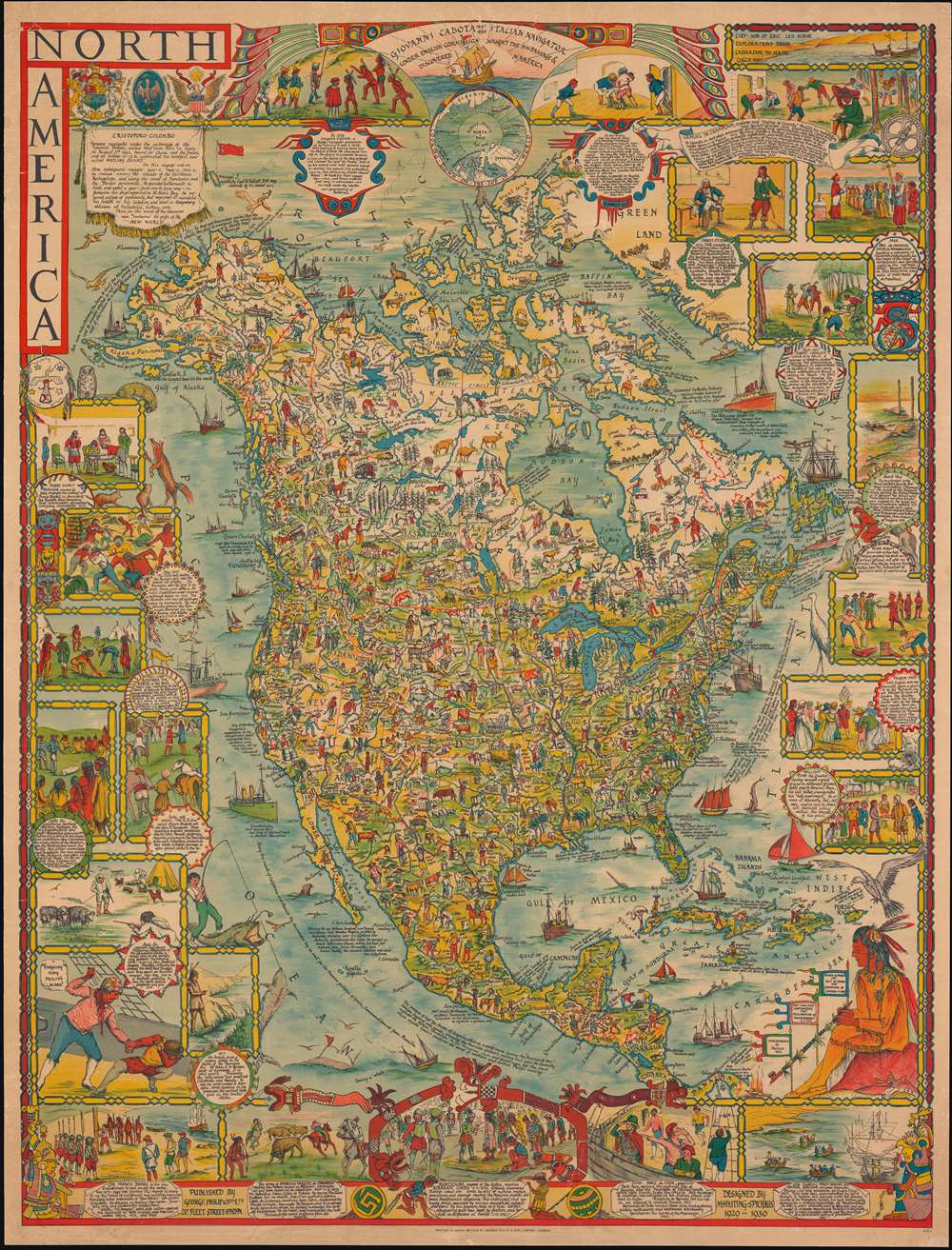 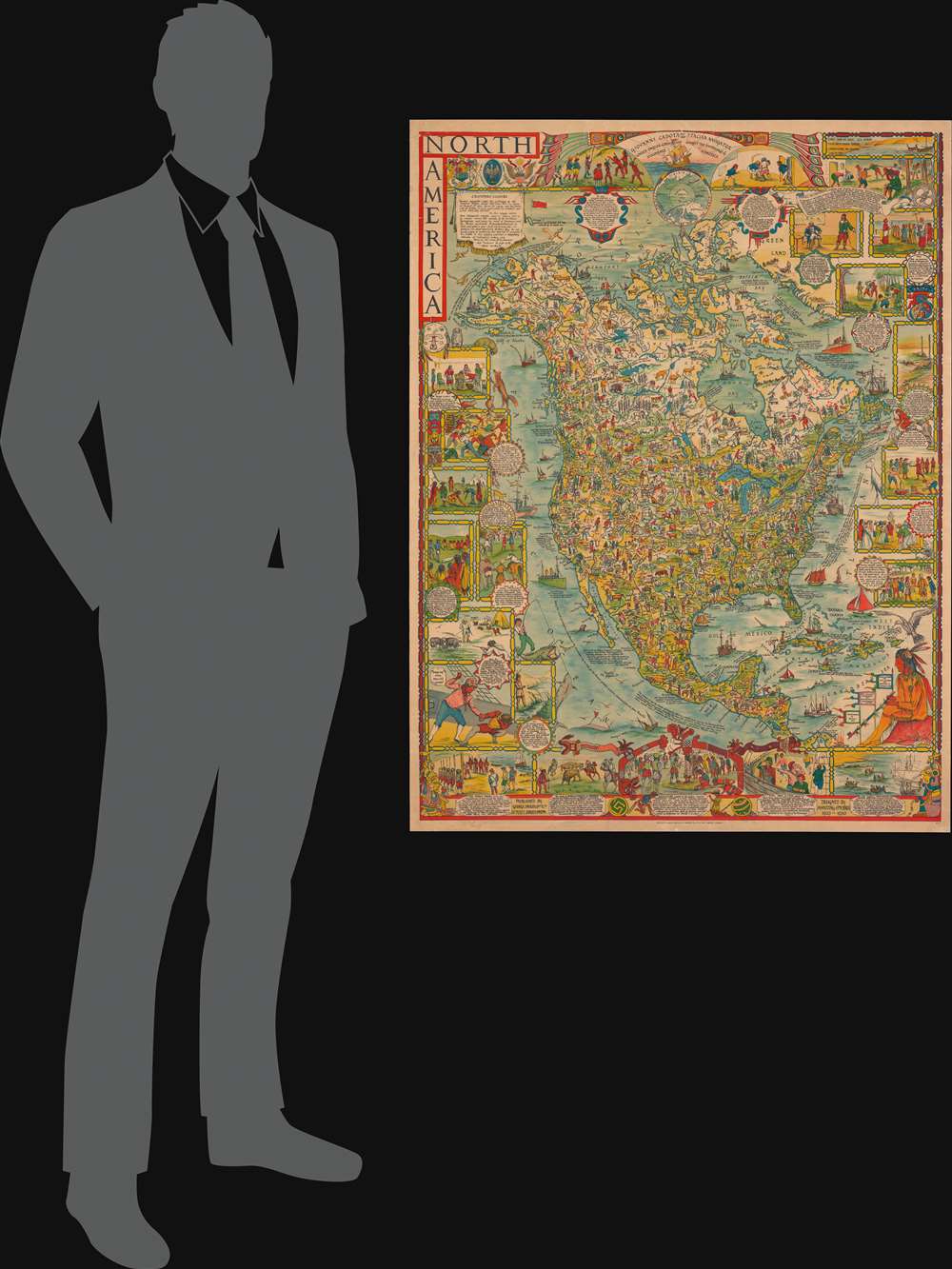 A strikingly dense large scale 1930 pictorial map of North America drawn by Margaret Whiting Spilhaus and published by George Philip and Son. Drawn with education in mind, the map presents a panoramic view of American history from the time of discovery to the date of issue. Spilhaus was a passionate advocate of geographical education, believing strongly that we should 'learn from mistakes of the past past'. Coverage embraces all North and Central America. The continent is richly illustrated with tiny cartoon vignettes illustrating industry, agricultural produce, mineral wealth, and indigenous peoples. In the seas, a wealth of historical annotations refer to colonial settlements and relations with American Indians. Further vignettes surround the map and create the frame. Spilhaus employs indigenous iconography to from border art with numerous annotated illustrations of early European settlement and settler life.

This map was drawn by Margaret Whiting Spilhaus and published by George Philip and Son, in London. It is one of a series of 5 educational pictorial maps prepared and published by Spilhaus/Philip. The maps were well received and popular in their day, but have become surprisingly rare today, with almost no market history or representation in major collections. We note just four examples in the OCLC spread over two listings. These are located at the British Library, the Library of Congress, and the National Library of Scotland.

Margaret Whiting Spilhaus (September 27, 1889 - July 7, 1981), né Phyllis Margaret Whiting, was a British South Africa author, illustrator, geographer, and historian active during the interwar period in the first half of the 20th century. Margaret was born South London. Her father died tragically in 1895, putting her family in difficult circumstances and forcing her into the care of various relatives around London - a story described in her semi-autobiographical work, Doorstep Baby. When her mother remarried in 1902, her family moved to Cape Town South Africa - Margaret herself following in 1904. She married South African - German merchant Ludolph Spilhaus (1876 - 1972) in 1809, taking his name. In cartographic circles, Spilhaus is known for a series of 5 large-format pictorial maps published between 1927 and 1943. These are Africa (1921 - 1925), Australia (c. 1927), North America (1931), South America (1938), and Pan Africa (1943). Her maps were designed for educational purposes, to delight and engage children, as well as advocate her political idealism. She also wrote books on Geography and the significance of maps, historical accounts, and children's books. Spilhaus died in South Africa in July of 1981. Learn More...

Good. Even overall toning. Laid on original linen - reinforced here and there along edges. Some surface abrasions.