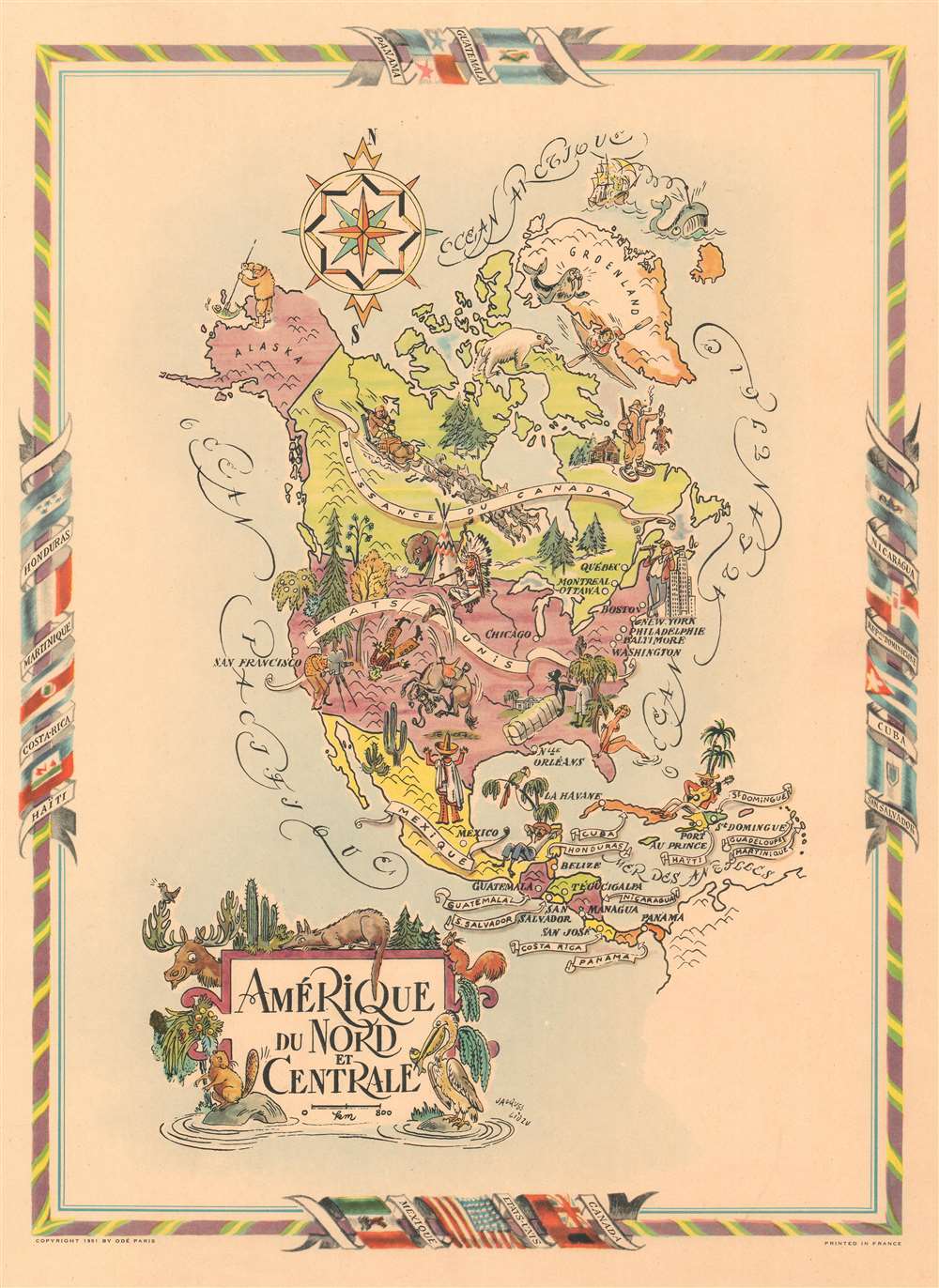 This is a 1951 Jacques Liozu pictorial map of North and Central America. Populated by pictorial vignettes, the piece presents conflicting impressions of society in North America. Canada and Alaska, of course, are characterized by the cold weather and feature an ice fisherman, a dogsled team, and a hunter wearing a fur-lined coat and snowshoes. In the United States, a Native American chief is illustrated sitting next to a teepee with a bison snorting behind it, while a man smoking a cigar leans against a skyscraper in New York City. A movie director is behind a camera in California, while a horse bucks off a cowboy somewhere in Texas. A woman in a bikini dips her toes in the Atlantic off the coast of Florida next to a stereotypically racist cartoon of a black man lifting a bale of cotton near New Orleans. In the West Indies, several of the islands are identified, and a local is illustrated sitting next to a palm tree playing a guitar. Two figures represent Mexico: one, dressed in a sombrero, has his back to the viewer, while the other is taking a siesta under a tree. North American plant and animal life encircle the title cartouche, with cacti and pine trees illustrated next to a coyote, moose, pelican, beaver, and squirrel.

This map was created by Jacques Liozu and published in 1951.

Jacques Liozu (1910 - 1974) was a French cartographer, painter, and illustrator active during the mid-20th century. Liozu is known for his wonderful pictorial maps of many different parts of the world.