1728 Van Keulen Map of the North Coast of Sumatra, Indonesia 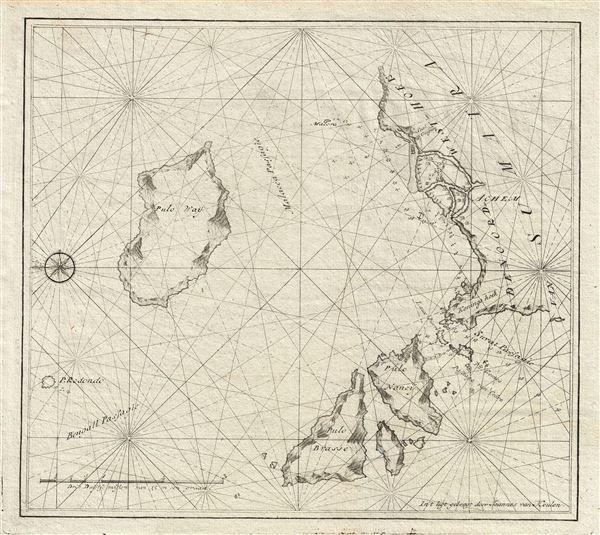 1728 Van Keulen Map of the North Coast of Sumatra, Indonesia

This is a beautiful example of Joannes van Keulen's 1728 nautical chart or maritime map of the northern coast of Sumatra, Indonesia. Oriented to the west, the map covers the northern part of modern day Aceh, including the islands of Nasi (Pulo Nancy), Breueh (Pulo Brasse) and We (Pulo Way). Smaller islands nearby are also included. It notes numerous depth soundings, reefs and shoals as well as some inland features like forts, villages and hills. Rhumb lines radiate from various points. This map was created by Joannes van Keulen in 1728 and issued as part of De Nieuwe Groote Lichtende Zee-Fakkel.