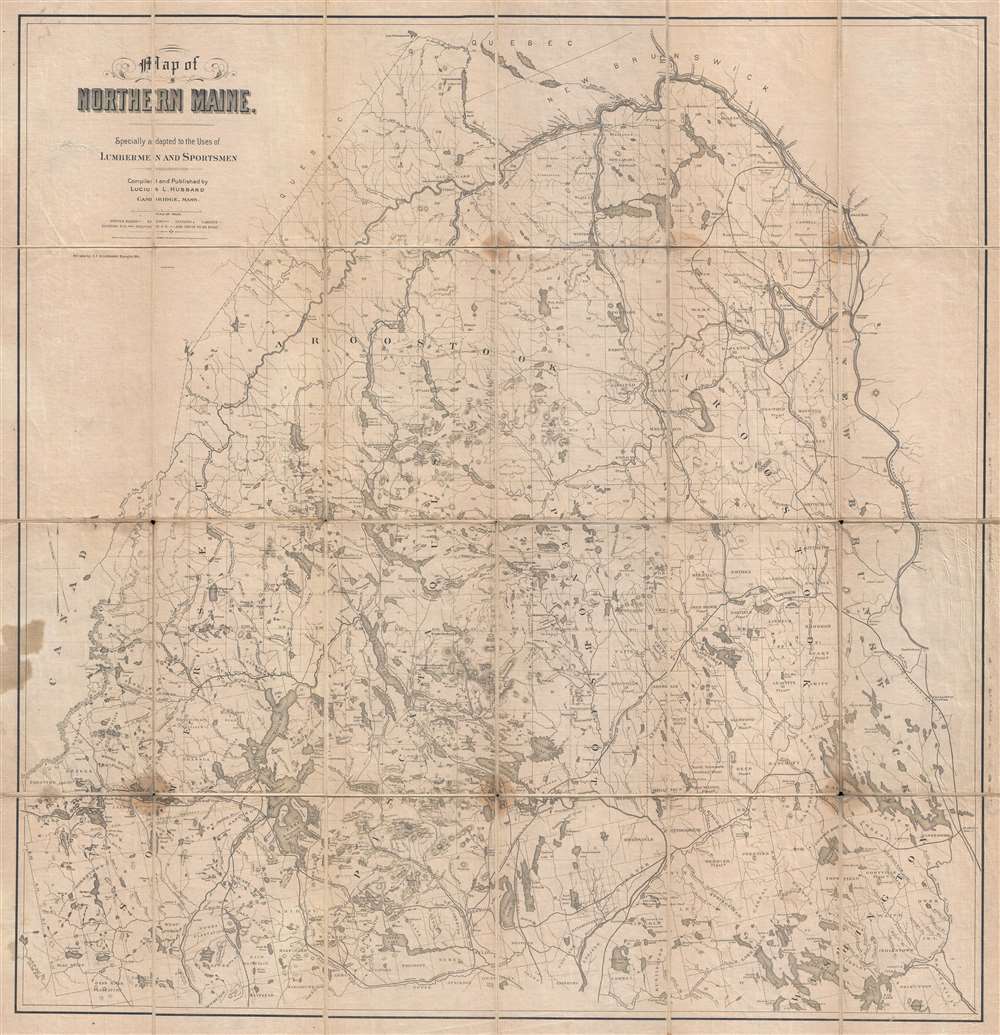 Labels numerous grants for academies along with individual plantations.

This is an 1899 Lucius Lee Hubbard map of northern Maine. The map depicts the region from Canada to New Brunswick and from New Brunswick and Quebec to the Piscataquis River and the Penobscot River. The township grid is illustrated and labeled, and numerous grants and plantations are identified, including grants for specific academies and Revolutionary War Soldiers. Myriad lakes and ponds are illustrated and labeled as well. Several railroads, including the Canadian Pacific Railway, the Bangor and Aroostook Railroad, and the Maine Central Railroad.

This map was created and published by Lucius L. Hubbard in 1899.

Lucius Lee Hubbard (August 7, 1849 - August 3, 1933) was an American cartographer, geologist, mineralogist, and professor. Born in Cincinnati, Ohio, Hubbard graduated from Harvard in 1872 and from Boston Law School in 1875. He also studied at the University of Bonn. Hubbard served as the assistant state geologist of Michigan from 1891 - 1893 and then as state geologist from 1895 - 1899. Hubbard also held the post of instructor in mineralogy at the State Mining School at Houghton. He resigned as state geologist in 1899 to become the general manager of the Champion Copper Company, on Michigan's copper range. Hubbard was appointed a region of the University of Michigan by former Michigan Governor Chase S. Osborn in 1910 and served as a regent until resigning on January 8, 1933, citing ill health. He also held a post on the board of control of the Michigan School of Mining and Technology from 1905 - 1917 and was the author of several books on mineralogy and geology. Hubbard married Frances Johnson Lambard on September 28, 1875 in Augusta, Maine.

Very good. Even overall toning. Dissected and mounted on linen in 24 panels. Some loss along original fold lines. Some soiling. Blank on verso.