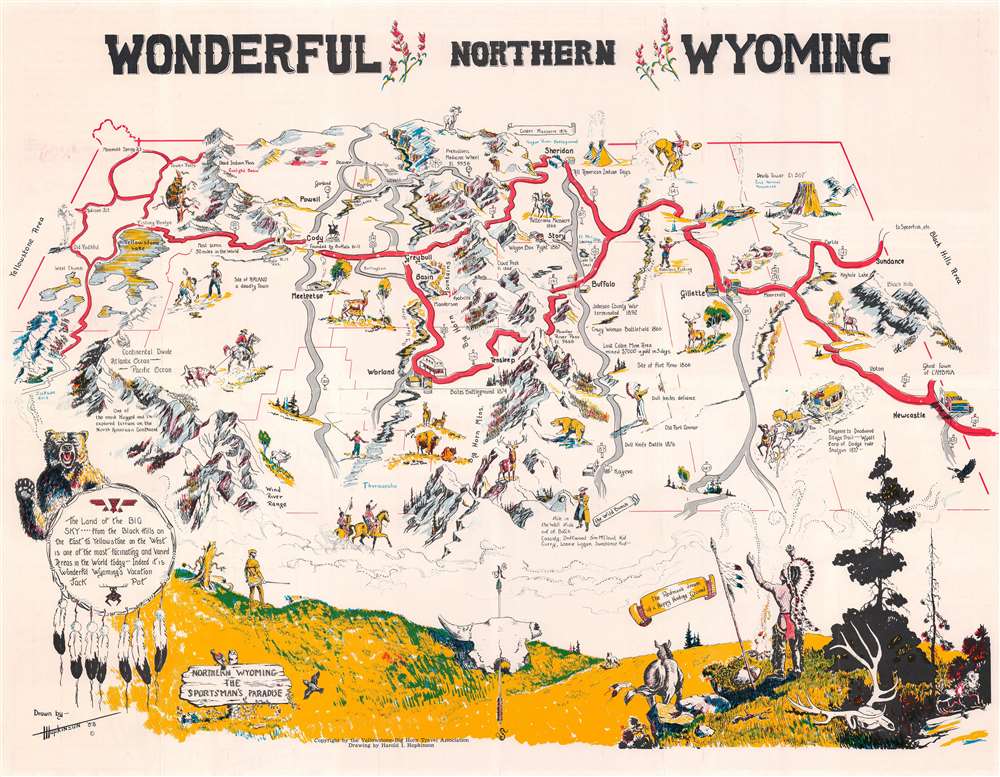 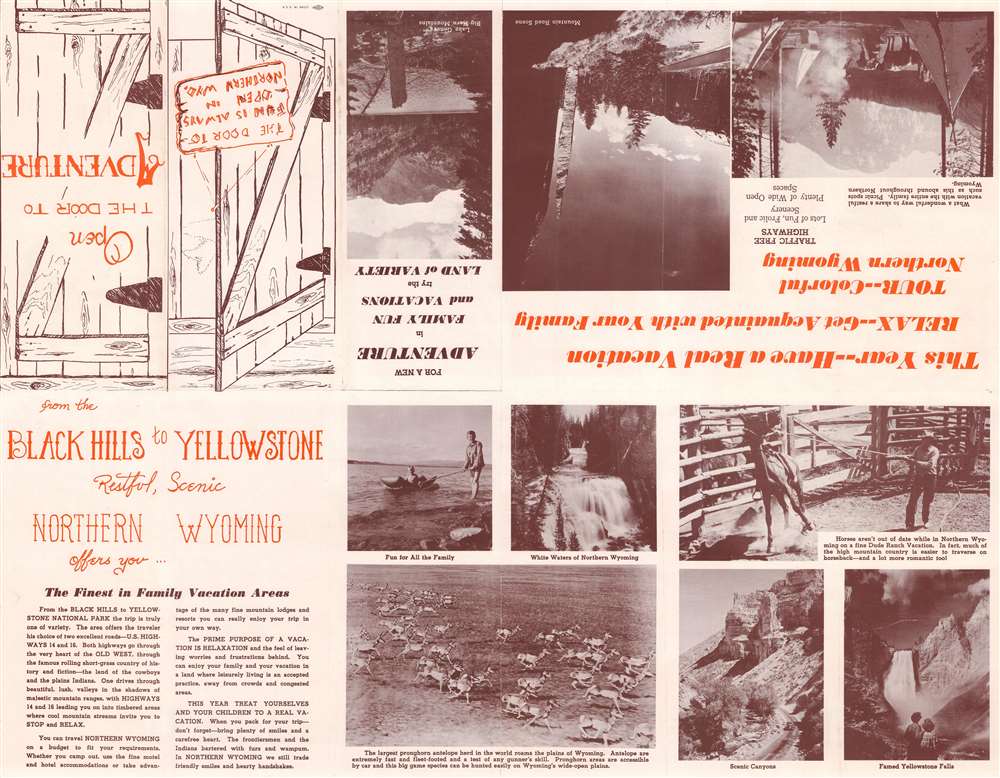 This is a 1958 Harold Hopkinson pictorial map of northern Wyoming. The map depicts from Old Faithful east to Sundance and the Black Hills and from Mammoth Springs Junction south to Kaycee and Hole in the Wall, the hide out of Butch Cassidy and the Sundance Kid. Yellowstone National Park occupies the upper left, with Yellowstone Lake, Old Faithful, Mammoth Springs, and Madison Junction identified. Buffalo Bill Cody's monument appears just east of the park, and the Big Horn Mountains divide the map almost in half. Devil's Tower is situated in the upper right, not far from Sundance (not where the Sundance Film Festival is held every year - that happens in Park City, Utah) and the Black Hills. Fantastic illustrations of stagecoaches, Native Americans, gunfights, cowboys, and Wyoming's iconic wildlife populate the rest of the map. Prairie landscapes dominates the bottom portion of the map, with a Native American chief creating smoke signals on the right and a frontiersman on the left.

This map was drawn by Harold Hopkinson and published by the Yellowstone - Big Horn Travel Association. This is the only known cataloged example.

Harold Isadore Hopkinson (August 8, 1918 - December 18, 2000) was a Mormon artist, illustrator, and art teacher based in Fort Bridger, Wyoming. Hopkinson was born in Salt Lake City, Utah and attended the LDS Business College. He married Vivian Hamblin in 1939, before being drafted into the Navy in 1940 to fight in World War II. After three years of service, he returned to the United States, settling in Laramie to attend college. They eventually settled in Byron, Wyoming, where he acquired a position as an art teacher and school superintendent. In 1988 they relocated to Mesa, Arizona, where they serviced with a mission. Both Harold and his wife died in Mesa. Their son, David Hopkinson, is also a noted artist specializing in Wyoming landscapes. Learn More...

Very good. Light wear along original fold lines. Text and printed images on verso.
Looking for a high-resolution scan of this?