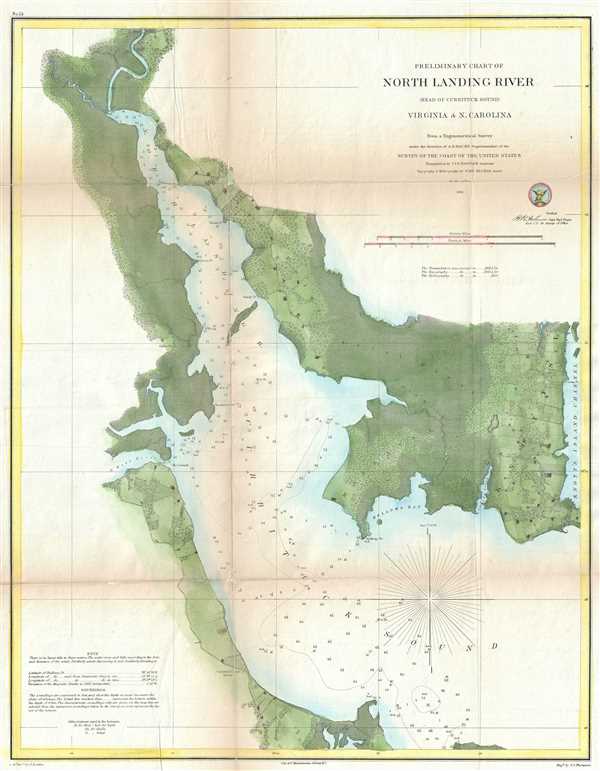 This is an appealing 1861 U.S. Coast Survey nautical chart or maritime map of North Landing River and Currituck Sound in Virginia and North Carolina. The map covers from Currituck northward to North Landing River. Shows extensive inland details including fields and buildings. Countless depth soundings throughout. Notes on tides and soundings are included in the lower left quadrant.

The construction of this chart was supervised by A.D. Bache, one of the most important and influential early superintendents of the U.S. Coast Survey. Published in the 1861 edition of the Superintendent's Report.

Very good. Minor wear and some toning along original fold lines. Split along folds repaired on verso. Minor spotting. Professionally flattened and backed with archival tissue.
Looking for a high-resolution scan of this?